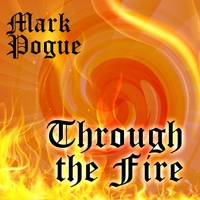 Mark Pogue
Through the Fire


The music industry goes through phases like any industry; the music industry's phases come in the form of what genre is popular. The 80s and early 90s were characterized by a particular style of rock music that is now affectionately called "hair metal." The genre has all but died out, but Mark Pogue is here to tell us that it's not completely extinct. His latest album, Through the Fire, is his most recent batch of proof. As a recording artist who has worked with artists like DeGarmo & Key and John Elefante, Pogue is no newcomer to the scene or the genre, which means Through the Fire is an authentic rock album that longtime fans will be pleased with. Anthemic melodies and copious amounts of guitar solos are in quite the abundance. The unfortunate thing about hair metal, especially these days, is that comparisons are unavoidable. "Love Will Find You" gives off an intense AC/DC vibe, while the calmer "Rescued Me" is slightly reminiscent of a ballad from a band like Extreme. On another point of the rock music spectrum, "Heaven's Eyes" is actually a lot more like something you'd hear from The Beatles in their later years. Overall, though, Pogue's sound resembles that of Bon Jovi the closest, even as far as the vocals. Unlike any of these bands, however, is the content of the lyrics. Songs like "Love Will Find You," "Man After God's Heart," and "Come Go With Me" are an encouragement for the tired and worn out believers, and "Rescued Me" and "Baptize Me" are more on the worshipful end. Through the Fire is a very niche record that won't be subject to mass appeal, but those who grew up on, and still indulge in, hair and glam metal will find a lot to love here.

Mark Pogue is actually a veteran artist in the CCM industry and has toured with some heavy hitters, such as DeGarmo & Key and Rick Cua. Pogue also released his own album, Restoration, under the name Mark Pogue & Fortress (produced by John Elefante) in 1991. 2016 marks Pogues return as he released the 25th Anniversary Edition of Restoration, as well as his first new album in as many years -- Through the Fire. Mark continues with the style of music he was known for playing way back when and gives us all a good healthy dose of 80s rock and hair metal. Bon Jovi and the likes certainly come to mind. While Through the Fire may not be everyones cup of tea, those of us that still jam to music from the era that brought the best guitar solos in history will find a lot to like about the release. Songs like Feel Alright, with its blistering solo, the rocking Man After Gods Heart, the soft rock ballad that is Heavens Eyes, and the blues rock jam of Money Cant Buy all highlight a really excellent release. While its not a perfect record, and not everything is quite as strong the aforementioned songs, Through the Fire is still quite an enjoyable listen. It sounds like Mark Pogue has been saving up some tasty riffs and 80s rock goodness for a while now. Fans of that eras music should definitely give this one a listen. - Review date: 11/1/16, written by Michael Weaver of Jesusfreakhideout.com 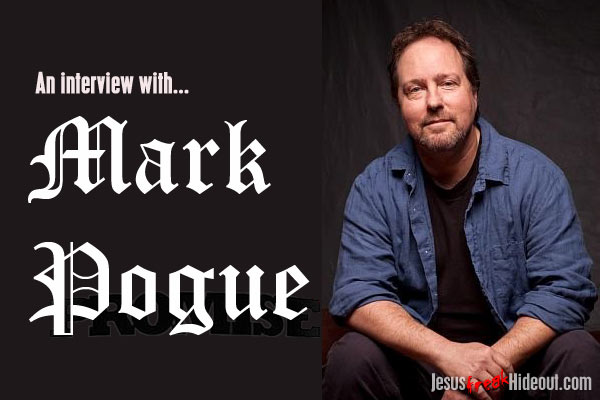 Mark Pogue: I started writing music when I was eleven years old. When I started playing guitar, I had an instant emotional connection. I used writing as a way to process the things that were happening in my life. Putting words and music to my experiences helped me cope and articulate what I was feeling. When I gave my life to the Lord, the transition was natural. The first Christian song I wrote was titled "Jesus Is My Lord." Amazingly, I started singing it in a local Christian band in Texas and ended up in Australia with a partnership mission program singing it in schools, malls, churches, and other venues.

Mark: I grew up listening to the radio and the hits that were played, so on one level everything from hymns at church to the Beatles forward had some impact. More directly, I would say bands like Chicago, Toto, Bryan Adams, and Journey had an influence, but it's hard to pinpoint. As a guitarist, I have influences like Jimmy Hendrix, Tommy Bolin, Van Halen, Shawn Lane, Dan Huff, and even Joe Bonamassa. I can't count out the influence of playing with artists either. When you learn an artist's music and play it night after night, it stays with you. Playing with Morgan Cryar, Rick Cua, Margaret Becker, DeGarmo & Key, Israel Houghton, and Neal Morse have all had an effect on how I perceive music and how I envision people receiving it.

Mark: During the 80s, I began engaging music professionally and became more aware of what I liked about certain songs: the beat, the melody, the energy, the hook. It also represented a time when music seemed fun and people had a more positive outlook on life. As I began playing in Christian music circles, I had less influence from secular bands since I was playing Christian music and was involved with that. As the 90s moved on, rock & roll took a back seat to hip hop, rap, punk, grunge, etc. At that point, I kept writing but really began immersing myself in worship. There were secular songs I liked on the radio, but I really wasn't attracted to a lot of the negative content. After all, I was serving an awesome God! As far as the new album goes, I put songs on the album that span the time from even before my first album to current writings. I let my wife pick most of the songs on the album, and I just play what comes naturally with my writing and the players that help me.

Mark: When I started letting people know that I was preparing to release a new album after 25 years, they began referencing my first album by streaming it on Spotify and listening on cell phone and computer speakers. I had a comment made by a listener that it sounded thin on Spotify. I was concerned about it and asked some groups on Facebook if they would be interested in a remastered version of that album. The response seemed to be good and it wasn't too expensive to accommodate, so I contacted John Elefante and he graciously agreed to let me remaster it.

Mark: Yes, Through The Fire was scheduled to release in August which was the 25th anniversary of God restoring my marriage to my wife, Mita, after we'd been divorced from each other for seven years. I had already put the first album out as a downloadable file, so when the opportunity arose to remaster it, I wanted it to also coincide with the 25th anniversary of the year of its release and our 25th wedding anniversary.

Mark: "Love Will Find You" has been the first song that internet stations began to play. It makes a good connection between the first album and the second, musically, and the message of God's love finding you wherever you may go and whatever condition you may find yourself or the world in is straightforward. God's love transcends every boundary and defense. Secondly, the title cut, "Through the Fire," encapsulates the desire to follow Christ through the necessary path of dying to self and allowing God to mold us into the image of His Son, Jesus. In the first album, I sang of the bride of restoration coming forth. In the new album, I see the bride going through the fire as God's people are made ready for Kingdom purposes and His coming return.

Mark: I count it a huge honor to have worked with these influential men. With D&K, I was a part of a band that knew why they were playing Christian music. Dana and Eddie were focused on winning souls to the Lord and inspiring Christians to stand firm in their faith. With John, I was writing and working with someone who had already made a significant contribution as the singer of the band Kansas, and he had a vision to elevate the quality of music that Christians were making. As Larry Norman once sang, "Why should the devil have all the good music?"

Mark: I don't know that I have one favorite album. When I want to hear well-played rock & roll, I might put on a Toto or Neal Morse album, but more often I find that worship is my favorite thing. I love to sit in God's presence and pray, play, and listen. I have written quite a few songs that way lately and I enjoy hearing God's playlist in my mind and spirit. Sometimes they are old songs, sometimes new, sometimes I've never heard them before. I just try and follow His lead.

Mark: If I were to add anything else it would be to say that I am excited to see a new generation rising up to take hold of their calling and I think we have many challenges and opportunities ahead to glorify God and extend His Kingdom. Let's go deep and allow the overflow of His love and power to touch the world around us. We can only do this together, and with God's grace, we will!