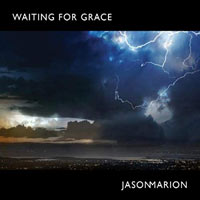 
Few things are as ambitious for a recording artist as producing a cohesive multi-part series of albums. But that's what pop/rock artist Jason Marion is up to with his latest project, collectively called The Grace Trilogy. Though part three is still in the works, parts one and two have already arrived as a double album. Waiting for Grace and Welcoming Grace are nine tracks apiece, each exploring a wide range of styles and genres. Waiting for Grace begins as an electronic pop album ("Disappointing God" reminds me quite a bit of "Blue (Da Ba Dee)" by Eiffel 65), and ends with a southern rock sound in "Revival" (which is Sean Michel-esque) and a pop rock/reggae tune in "Froggy Prince." Welcoming Grace is easily the stronger album, as Marion begins focusing less on experimentalism. Though there's certainly something to be said for being unique and trying new things, it's clear that his strengths abound much more in the more straightforward kind of songs. Most of these songs fall into the general area of country-flavored contemporary and pop rock, with the exceptions being the vaguely Celtic-inspired "Holy Offering" and the electronic-based closer "Abba Father." Marion also includes a short rap break in the middle of the pop rock anthem "The 'Real' Cup Song" - it's not a great fit, nor is rapping his strong suit, but you can tell he had a lot of fun doing it. And that's part of what shines through his art; the fun and the joy he has proclaiming the name of Jesus. There are plenty of serious issues discussed in his lyrics, such as the fear of disappointing God and the depth and mystery that is His love, but there are also plenty of lighter moments to balance it all out. "Froggy Prince" is a sweet love song to Marion's wife, "Tapping" taps into the idea of God inhabiting the praise of His people (or "Jesus tapping His feet to this song"), and "The 'Real' Cup Song" centers around the notion that God continually fills our cup. Honestly, with eighteen songs and over an hour's worth of music, there's a lot to unpack. These songs will probably resonate more with fans of Christian pop and contemporary than anyone else. If that's you, you'll more than likely find a few singles that you'll really get some enjoyment out of.
- Review date: 2/10/20, written by Scott Fryberger of Jesusfreakhideout.com 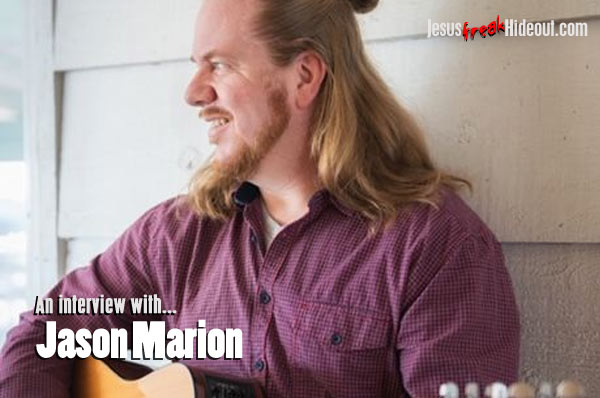 Jason Marion: These albums are two parts of a trilogy, so they are separate, but you also get them both for $15 on CD or $12 digitally, and you can't buy them separately. Being a Tolkien and Star Wars fan, I like trilogies quite a bit. In fact, after the next nine songs composing Warriors of Grace are completed, I was considering starting another 27-song, 3-album set called The Agape Trilogy, but we'll see if it's God's will for my life.

They are one on digital outlets because they sell as one unit, two albums wrapped in one (earth-friendly) digi-pak, and I also don't know how to submit things properly, I just write songs and record lol.

But, breaking news I am signing with Raven Faith Records and Kelly Turney will be representing my Christian music for the foreseeable future, so I'm sure he will release things more properly than I.

Jason: I love Chris Tomlin. I do. I play at least 2-4 of his songs on my worship team at church a month, but I kind of consider myself (musically) to be the anti-Tomlin of the Christian genre. I'm like what P!nk was to Britney Spears or Queen was to The (early) Beatles. I feel that my music takes more chances than what is typically out there.

Being a dueling piano player, I have to learn songs from Elton John to Lizzo, from Fleetwood Mac to The Killers. I try to stay relevant and write songs based off of the over 2,000 covers I've learned and what the Spirit leads me to write about at the particular moments in my life. I often find myself praying/praising and having to cut my prayer short because I thought what was on my heart would make a great song and outlet to share the Gospel with people through music. Said more plainly, lots of my lyrics are actually prayers turned to music.

You can hear Freddie Mercury influences in the choruses of "Stranger Things" and "Homecoming." I love the classics like Petra, Newsboys, DC Talk, and Michael W. Smith, as well as MercyMe and Hillsong.

Jason: Sure! I stumbled into New Life Christian Center about six years ago in 2014. Pastors Robert and Debbie welcomed me in and I became a part of the worship team within a week. I started writing more Christian music and decided it was time to do a full-on Christian album. "Tapping" and "Prodigal" were recorded in late 2014. After that, "Waiting for Grace," "Take This," "The 'Real' Cup Song," and "The Monster's Voice" were recorded. After the results of "Monster" and "Grace," it was clear they probably wouldn't fit on the same album due to the electronic/acoustic feels of the respective songs, so I then decided on the trilogy idea and shortly after decided on a double album, releasing 2/3 of the project now and the last part, Warriors of Grace, in early 2021.

As far as the content of the songs go, many of them are written as a way to minister to those who don't know or are trying to understand the Christian faith. For instance, my wife was born and raised as a Hindu, so some of these songs are written to communicate my journey with Christ to her.

She likes The Matrix, so I wrote her the Gospel as if I were describing it to Neo. She loves Stranger Things, so I wrote the song about what could be stranger than God's love for us? In "Homecoming," I say "chemical spill" as a shout-out to her work as a chemist/scientist. I also am talking to specifically her in that song [when I say] "Oh my love I cannot go on, without telling you of God's only Son." "Waiting for Grace," the song, sounds like it's from Game of Thrones and vaguely rips on Fifty Shades of Grey. "The 'Real' Cup Song" is a light reference to Anna Kendrick's song [from Pitch Perfect].

I've found loving someone so deeply and doing everything you can to show them the love of God through His Son Jesus Christ opens a floodgate of creativity and song ideas.

Jason: I write all the songs. A couple of them on the second album have 10% songwriters' credits to others, but it is 90% my compositions. The complete first album is all me and producer Alex Anisov at Crest Recording Studios in Sacramento, California. I don't really perform these yet, but we play a few during Sundays here and there at church. However, I do make a living performing secular covers right now.

I play piano on half the songs; we've also used a studio keyboard, studio guitarist and bass player for the tracks. I am the singer on all the songs, though Bradley Clark sings with me on "Prodigal" and "So Help Me God." Specific musician and track credits can be found at; jasonmarion.com/thegracetrilogy

I also can't fail to mention my amazing wife named a few of these songs, including "Froggy Prince" (which was my engagement song to her), and has helped me with at least a dozen lyrics throughout this project and into Warriors.

Jason: Richard Gill (Vince Gill's cousin) is the lead guitarist on the worship team, Chris Yamamoto is our bass player and Justin Chavez is our drummer. It's currently just a worship band; we don't yet play out.

Jason: I would love to spread the Gospel to as many people as I can before meeting my Maker. To make music that nobody else has while glorifying God.

Jason: Go to JasonMarion.com/thegracetrilogy and buy an album for yourself and one for your friends! But I'd really love your prayer; that God opens doors and this music really helps to show everyone God's love. It is up to the Spirit whom He wills to save; I am merely the humblest of tools that He can choose to use to get His Word across to the masses. If you don't want to buy the digital copies, please consider adding me on Spotify, well as Google Play, cdBaby, and iTunes. Listen to full songs with lyric videos on YouTube. Leave a comment, prayer, word of encouragement!

Jason: God bless you, and the more support I get, the more I can make music fulltime and turn out new music! Thank you so much for your interest. I love you guys and ladies in Christ.