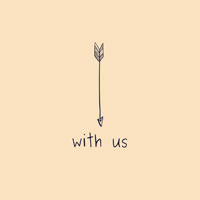 wes
with us EP


I was created to know my Creator and to make my Creator known by creating. The official bio for wes has more to say, but this line sticks out as perhaps his mission statement. This past Christmas, wes began putting that statement into action, using his love for hip hop as a ministry tool and releasing his debut EP, with us. Declaring that its more than just a Christmas EP, the five songs do heavily mention the birth of Christ, but they also go a little deeper. In fact, much of with us focuses on wes' life as Jesus changes him from who he was into who he's meant to be. There's also some worship in the mix, as "every hour" borrows from a classic hymn for the hook, with wes putting his own spin on them, as he sings, "I need You, oh I need You, every hour I need You, my one defense, my righteousness, oh God how I need You." Musically, with us is very mellow hip hop, with low key beats and a laid back flow. The production is solid, but after several listens, I've found it difficult to recall anything that sticks out or is really memorable. The EP just sort of begins and then ends without really making itself known. The final track is perhaps the strongest offering here, with some of wes' best raps and a really nice old school hip hop beat, but even then, most of the track is spent on the hook before it quickly fades out at its two-minute runtime. It's unfortunate, because this track is what shows some promise for wes' music. With that being said, I am definitely interested in hearing more from the emcee, as I believe he has potential to release something solid.
- Review date: 2/3/19, written by Scott Fryberger of Jesusfreakhideout.com