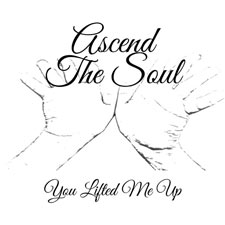 Ascend The Soul
You Lifted Me Up - Single


It was just this past May that Ascend the Soul released their sophomore album, The Art of Faith. And they're proving to be a band that has no intention of resting on their laurels, with that album having come only nine months after their debut, and a brand new single hitting digital shelves on Christmas Eve. "You Lifted Me Up" may be a quick turnaround, but it actually shows a little bit of growth for the band, particularly in the overall sound quality. Whereas The Art of Faith had a lot of sound and production issues, from sounding compressed to being flat and out-of-tune at times, "You Lifted Me Up" fixes a lot of those issues and is immediately more listenable. It may not be perfect, nor ready to land on the desks at any record labels or radio stations, but it's an improvement that could signal a turning point and an upward trajectory for the band. Of course, the song's message is already on-point, constantly thanking God for bringing us out of darkness and into His presence ("When I was caught in the shadows and calling for help with nobody to hear my cries / You showed me the way and You brought me back to life"). There's a lot of potential to be found in Ascend the Soul; with some more fine-tuning and vocal work, they should have no problems living up to it.
- Review date: 1/1/22, written by Scott Fryberger of Jesusfreakhideout.com

Kentucky alternative metal band Ascend the Soul has been busy working on and releasing new material. They released an album in 2020 (Ascension), another in 2021 (The Art of Faith), and now have a new single releasing on Christmas Eve with another album on the horizon planned for 2022. The band's work is very faith-based and spiritually-centered material. In their new single, "You Lifted Me Up," vocalist Matthew Konradt sings, "And when I feel Your healing presence You bring me back to life" on a song about how Christ heals and lifts us up out the dark times. This new track is the best sounding material that Ascend the Soul has released to date -- showing an improvement as they continue to work on their sound. As with previous material, the production side of things is the weakest point. The guitars sound solid this time around (especially that solo in the back half) and drive the song forward, but there are some issues with timing here and there. The vocals have also improved, but some more time in production with different tricks and tools could make them better and give them a little more polish. Overall, Ascend the Soul is making some noticeable improvements. However, where this band excels the most is with their heart for our Savior and desire to spread His message. It's nice to see a rock band so bold in their faith.
- Review date: 12/15/21, Michael Weaver of Jesusfreakhideout.com 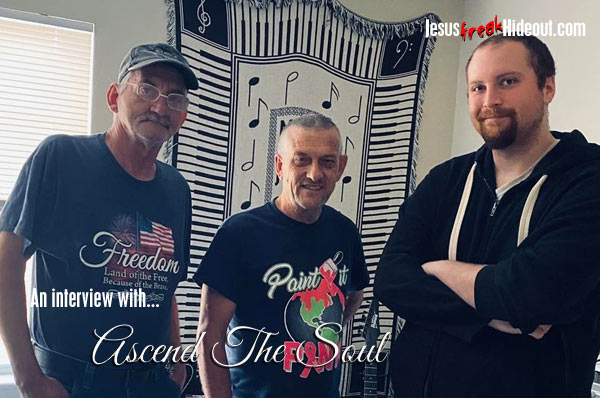 Matthew Konradt: This is actually our first single from our third album coming later this year. The third record will be entitled, Beneath Your Wings, and we are not sure of a definite date but are hoping it will be out sometime in 2022.

Matthew: It is most definitely a possibility that we will do more melodic hard rock songs in the future, and there will be one or more extra songs of that particular genre on our third record that is currently in the works. That being said, our third album will be significantly heavier (in our opinion) than our first two records. We are trying our absolute best to make it sound better. More epic, heavier, darker themes, some redemptive qualities, and an ultimate positive outlook.

Matthew: Well honestly, I worked very hard on the vocals to get them to sound more in tune. This being the actual first song I had ever written was originally on our first album back in 2020, titled "You Lift Me Up." We remastered it and called it "You Lifted Me Up" on our upcoming album. Since our first record, I have had a lot of time to practice on my production techniques. As well as singing, growls, screams, piano, bass, and some guitar. I have also updated my DAW software and now use Reaper, as well as Audacity. I have a Shure SM7B microphone that we use now, as well as a 5-string electric bass and a 7-string guitar. We have had time to practice the way we play guitar, bass, and the other instruments as well.

Matthew: Personally, I liked Starset's Horizons because of the vocal and production quality and lyrical themes. The music was very compelling to me as well. I am a die hard Starset fan.

Matthew: That's a good question and I don't really have a good answer to that yet. We are kind of an internet-based band so far, but Lord willing, we will keep releasing performance videos on our social media platforms.

Matthew: Well, as always, we will continue to spread our music as much as we can and promote it to a wide-range audience. "You Lifted Me Up" has played on Kiss FM radio already and we hope a lot of people had the chance to hear it. All of our music to date is on most musical platforms, such as Spotify, iTunes, YouTube, Amazon, etc...

Matthew: Thank you for reviewing our single, "You Lifted Me Up," as well as for the interview! And thank you to all our listeners out there for listening to us! We are excited about sharing our upcoming album with you and will continue to update you on when it comes out! We will also most likely release another single in the near future.