John Tibbs is the writer of passionate, authentic anthems that cover the range of the human experience and our connection to the divine. With a little Bruce Springsteen, a little Melloncamp and a whole lot of heart, Tibbs recently re-entered the indie music world after releasing a well-received album on Fair Trade records last year. JFH writer Alex (Tin Can) Caldwell spent a few minutes with Tibbs recently, talking about life as a touring artist, the pros and cons of a record deal, and how to sign 1,000 album covers in just an hour....
This interview took place on: October 27, 2017.


John Tibbs: It's funny that you ask that right now, because I'm on the tail end of a great week. The new record got released last Friday, and it's done really well. But if you had talked to me a few months ago, it would have been a completely different answer. I heard someone say this recently about "seasons" of life: "The beginning and end are exciting, it's the in-between that's terrifying!" I completely agree with that. When I first decided to go independent again, I was like "Wohoo! I'm going to be my own man again. I get to make all the decisions. It's all up to me!" Then all the questions started popping up. "Is the music going to be up to my high standard? Am I going to be able to keep up momentum? In the thick of it, the panic starts to seep in. What about all the unknown expenses? So it's a matter of seasons and just keeping the expectation game right on. Right now, I'm actually signing CD's to send out. 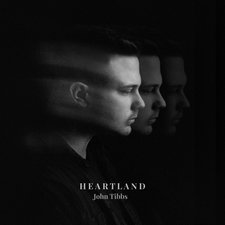 John: Well, I would say it's about what you define as successful. If you compare yourself to some other artist out there who's ahead of you a bit, then you can constantly be disappointed about how things are going. But if you keep your expectations lower, if you commit to building something and not worrying about outside forces, then you're in better shape all around.

John: Oh man, it's the excitement of the people out there who like good music, who "get" what I'm doing. And what's cool is that it's a range of ages, too. That part has been tremendously encouraging. I feel as inspired as I ever have been.

John: Sure. *Deep breath* I was on staff at a church in Indiana, and I was writing songs that seemed to connect with people, so I started getting some of them down, and offered them as a free ep on Noisetrade.com in 2012, back when that site was first getting going. It did well, and I was able to get some momentum going there, with an email database and such. So I did another one, and it did well too, and Audrey Assad heard it and invited me out on tour, and that's when a few record companies started calling. I had a great talk with Fair Trade, and they really liked what I was doing, and said "keep going with what you're doing, and we'll help." And so I released an album with them, and kept doing my indie thing with the touring and promoting and such. But with the changes in the industry, streaming and such, when it came to the second album, it was like "let's do a single and see how that goes." That was tough, but I understood. There wasn't a big hit on that album, and so, with the squeeze that's happening, it was how it goes. And, I want to say this well, but I just couldn't do something that my heart wasn't in. I had a great experience, but I had to be true to who I am musically. It was hands down a "heart" thing. Can I do other things and not be 100% genuine? I had to ask myself the hard questions.

John: Oh man! It totally was. But the thing that gives me hope and a vision of this thing are all the great artists around me who are building their own thing. I look at Josh Garrels, Audrey Assad, John Mark McMillan, Sandra McCracken, Andrew Peterson, Ellie Holcomb and so many more.

John: I know, right?! There's so much good stuff happening out there on the indie scene, and it gives me hope that I can do it too. As long as I'm being 100% myself.

John: Oh, absolutely. Over The Rhine set the blueprint here.

John: *Laughing* No, I didn't know about that. Was it not them?

John: That's how it goes sometimes.

John: It's a hard thing. I'm sure you know what songs on those stations usually sound like, the formula and such, the sonic blueprint and such. We had "Won't Let Me Go" tested on a few stations, and the DJ's said there was too much guitar and it didn't say Jesus specifically in the lyrics.

John: I know, but it wasn't surprising. That's why venues like Spotify have been great for getting my music discovered, and growing what I do. There are less "gatekeepers", and it's been a good thing.

John: Oh, absolutely. This is what I'm made for. And with humility and healthy expectations, I hope to keep on doing it.

John: Oh, absolutely. The goal is to get the music heard, and to have a big song that can be a bit of a showpiece, but if that never happens and I'm able to do ministry and pay the bills and do something that my heart is in, then that's the dream. I never want to settle, if that makes sense. Following my heart is the only way to go. I just pray for energy and courage.

John: It's funny you say that, because I just finished signing the stack of CD's. Thank you. You made a mundane task so much better.