On the heels of releasing the second of four new EPs, and on the very last day of their successful Tour De Compadres, Jon Foreman took some time out of his busy schedule to talk to Jesusfreakhideout.com's John DiBiase about his new solo music, Switchfoot's Fading West movie and album, and the upcoming new Switchfoot record...
This interview took place on: August 19, 2015.


Jon Foreman: Yeah, just kind of chasing the sun, as far as shadows and darkness and light are concerned. I'm kind of hoping to use that as a backdrop to explore themes of faith and doubt, love and frustration, and everything else. I think the musical themes fit in there somewhere too, but the lyrical stuff comes to mind quicker. So yeah, The Wonderlands, for me, I've always felt like music was this place where I could express things when I couldn't express things any other way. Y'know, listen to people. I felt like the songs became the scaffolding on which the rest of my thoughts could rest. That I could get to places that I never could, where a song would open up a new place for me in my mind--whether it's somebody else's song or my own. So The Wonderlands was a chance to try to be a part of that creation, make 24 songs for 24 hours. 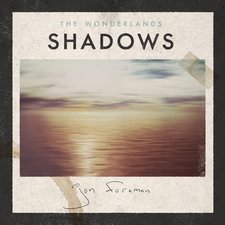 Jon: It's more like -- I tried to think of the emotion that I had, the feeling that that time of day would give me. And try to write a song for that emotion, that time slot, or pick a song that was already written, and then put it in that time slot and really lean into the production of how does that song feel at that time of day.

Jon: For me, the musical context of any song. I'm a big fan of records and, for me, a live set is not only defined by the songs that you play but what happens in between the songs, y'know? Transitions are crucial. And so, I think I love the idea of what if I could create a musical planet that had its own perspective looking back on planet Earth? Maybe somebody could find themselves there and better understand their own life.

Jon: Yeah, there's some darkness there. I left some of the darker stuff off, ironically enough. *laughs*

Jon: There's darker stuff, but for me, I wanted to go all the way there. I wanted to have these records to express hope, to express faith with authenticity. [And to do that] you have to ask the real hard questions of "is there a good God?" when horrible things are happening. I think any mature adult faith that shies away from those questions, does not only yourself a disservice as a believer, but -- what kind of God is not able to handle those questions? Maybe that's not the god worth believing in. That's kind of the bottom line for me. So I want, if I'm going to believe in the Creator who's all powerful, all knowing, transcendent, then I want... *laughs* I want Him to be a big God! Not someone who can't handle when I'm throwing a punch. So I feel like that's what this is about. It's about asking big questions and I don't want to hold back.

Jon: In some ways, it's the exact same. The big difference being Tim kind of gets final say over which song is a Switchfoot song. *laughter* Y'know? Like "Vice Verses," for example, I thought that was a solo song and he's like "No no no. That's a Switchfoot song for sure!" For me, Switchfoot is my day job. Rock and roll is my occupation, y'know? *laughs* The solo stuff and Fiction Family, that all comes second. As far as when I'm specificlaly one or the other, usually I'm just writing to express myself. Most of the stuff no one's ever going to hear. And that used to really bug me, and I'd realize that's actually the way we live our lives. Most of what we do, no one's ever going to know that you've done it. Who do you do it for? And, ultimately, there's an audience of One paying attention. And so, if that doesn't give it supreme significance, then we're living in a lie that somehow because more people heard it, it's more significant. And for me as a songwriter, it gives me as a real ability to attack every song with the idea that this is significant simply because I make it in the condition of the maker itself. Not because someone else might deem it valuable or unvaluable, but because its inherent value lies in the fact that I'm made in the image.

Jon: Yes. It's interesting because with art--and music is no different--it's all subjective. Where does the song end? Where does the canvas begin? Where does the frame [go?] What is in the picture? Do you crop it here? Do you crop it there? Y'know, general guidelines. With the film, for example, what to leave in the film became the hardest part. The first edit of the film was like 3 and a half hours long. So y'know, the biggest thing is is like: This is entertaining; this was funny; this was meaningful; this was important to the plot; all these different things. But, ultimately, most of life doesn't make the cut, as far as the film is concerned, y'know? So with the record, we were kind of going for a little bit more of a haircut. *laughs* High and tight, kind of like The Beatles, y'know? Just go with 10 songs, hit it and you're done.

Jon: I don't know. We have literally hundreds of full demos that have not been released. I don't know if anyone will ever hear them. But I hope so some day. Yeah, that'd be a wonderful thing. Maybe someday we could find a place for them.

Jon: Yeah! I really like that song. That one was written while we were driving to L.A., while we were making some of the record up in L.A. with Mike Elizondo. And there's a keyboard called an OP-1, made by Teenage Electronics, and it a really fun, powerful tool, and I had that. Tim was driving and I was riding shotgun and I was playing, kinda getting the beats organized and everything, and then I had this guitar--I think it's called a quatro that I think I got in Argentina. It was a gift that a fan had given us--so that's what you hear in the song; that pattern and the rhythmic elements that the drums aren't playing in the refrain. That's the OP-1. *Jon hums the melody* So that's kind of where the song came from, born out of L.A. traffic, y'know? Sitting in the passenger seat, writing a song. *laughs*

Jon: Yeah! The very last song on the EPs is called "Before Our Time" and it kind of starts with an eye on a clock, just like "Terminal." So it's kind of a bookend. It is, for me, it's singing about singing before our time runs out. It's kind of the way I wanted to end The Wonderlands because it feels like that's what this project embodies: singing the songs while I have them. And then another song that I'm really excited about that also features Sara Watkins is a song called "June and Johnny." It's probably the most stripped down song on the project. I'm really excited about the way it turned out.

Jon: Yeah! So on September 1st, 2nd and 3rd, we're going to have our meetings down in San Diego in the studio, discussing what it'll look like. We've got... *laughing* We've got so many songs! We've been kind of stockpiling songs over the last year... or two. And writing. We're trying to approach this one completely different. I mean, again, we've had the privilege of making nine records. So for this record, you really want to find something--not just for other people to listen to--but for your own sake to celebrate the journey. We want to find something new. And so most of the songs have started from me with an acoustic guitar. We've dabbled with bass and drums in the past, but this round, we've been kind of doing an approach where we'll sit in the studio and spend all day writing songs in like a 15-20 minute block. So all of us, while playing our instruments, will work on a song, an idea, a spark--no lyrics, just melodies and a beat. Just a vibe, y'know? And at the end of that, we start something new. So at the end of the day, we've got like 20 or 30 what we call "seeds" and then you pick your favorite seeds and that's when you start *laughs* watering them and see if they can turn into a tree. That's where you add the lyrics and kind of the structure to the song. So it's been really rewarding so far. It's basically the equivalent of throwing paint on the wall and seeing what happens. Yeah, it's been a blast!

Jon: Well, thank you so much. And thanks for that over the years, man. I really appreciate the support. Actually taking the time to read lyrics and think about music. That's a rare thing these days!

The first two of Jon Foreman's latest series of EP's, The Wonderlands, are available now wherever music is sold!