Rock quintet Kutless just recently finished opening for the successful GO Show tour with Audio Adrenaline and MercyMe, but that doesn't spell break time for these boys! As they prepare for a mainstream release of their 2002 debut project, they're also working hard on their sophomore project going into production this Fall. Lead vocalist Jon Micah Sumrall paused to answer some questions for the JfH while also answering some questions you guys had for them!
This interview took place on: 6/3/03

Jon Micah Sumrall: The idea behind the name is; when Christ died on the cross for us he bore all of the cuts and bruises that we deserved, leaving us without those cuts and therefore, kut-less.

Jon Micah: We started in college about 3.5 years ago. We were originally a worship band and we led an alternative worship service at our college on Thursday nights. During practice one night, Stu mentioned that it had been on his heart to be in a rock band and do original music. We all looked at him and saying, No way, that has totally been on my heart too. Looking around, we realized we already had a band, so we decided to go for it. Over the next several months, our calling became more evident and specific and we knew that God had great plans for our life and our music.

Jon Micah: Unfortunately, there are very few Christian bands that have a good nu-metal/popmetal sound. Because of this we had to pull musical influences from some secular sources such as Linkin Park, Incubus, Nickleback, and Staind. These groups, while musically very talented, unfortunately do not always have the most positive messages. We have had to be very careful as we try to pull musical ideas from their music, without taking in too much of their negative messages.

Jon Micah: Our record is scheduled to be re-released to the mainstream market late this summer. It was a decision that our distributor, EMI and our label, Tooth and Nail/BEC made. We are excited about the opportunity to reach more people. Particularly people who do not yet know Christ. We do not plan to change our message in any way and we hope that we can share Gods love to this broader audience.

Jon Micah: We hear daily of lives being changed and how our music has affected their lives. It has been incredible to see people accept Christ and turn their lives around. To be a part of what God is doing in many lives is an incredible privilege.

Jon Micah: The release date is not yet set, but we will be in the studio for all of August and part of September and November. I think our second record will be a little more refined as we have grown a lot as musicians in the last year.

Jon Micah: Swithfoot RULES! They are one of our all time favorite bands. We also listen to quite a bit of Grits, Pax 217, P.O.D., and our good buddies Seven Places.

Jon Micah: The Norva in Norfolk, Virginia. That place is incredible.


We asked some of the Hideout users to come up with some questions for the guys in Kutless. Below are a few of those questions and Jon Micah's responses...

Jon Micah: We hope to reach as many people as possible through our music and share Christ's love with them. I believe this is accomplished through both our lyrics as well as the things we say from stage.

Jon Micah: I think that we are in the same genre as Creed, but we dont sound any more like them than we do like Nickleback or any other band in this genre. Does Grits sound like 50 Cent because they both rap? We hardly ever listen to Creed and we didnt realize the song Tonight sounded like one of their songs until after it was already released. We actually realized it was similar to an STP song first. The STP song came out long before Creeds song but is just as similar.

Jon Micah: As far as bands go, check out the previous question about musical influences. As for the kool aid. I havent had any in years but I loved it as a kid.

Jon Micah: Yes and No. We do try and make ourselves available as much as possible. We love meeting our fans. At the merchandise table sometimes we have to be there because we are short on help. Ideally we typically like to get plenty of help at the table so we can just hang out with everyone after the show.

Jon Micah: Patience. Live in a 45 foot bus for 5 months straight, with 8 other people and you start to learn a whole lot of patience. 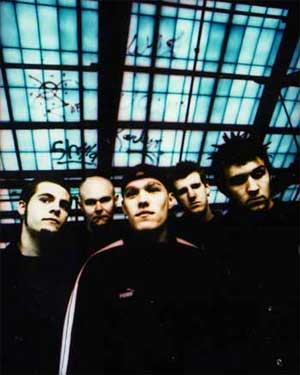