Despite ten-plus years as a musical unit, a fairly substantial touring schedule, three Top Ten singles to their name, and concert appearances with everyone from Switchfoot to P.O.D., the Minnesota quintet, Silverline, is still a virtual unknown to vast numbers of Christian pop devotees. JesusfreakHideout.com's Bert Gangl took time to talk with the members of the not-quite-ubiquitous pop/rock band about their surprisingly hard-rocking beginnings, the temptation to lighten things up for radio, and that slightly confusing trip to the Dark Continent...
This interview took place on: 4/4/13.


Silverline: Before Start to Believe, our sound was a bit heavier, and we had a different lead singer. We decided to shift gears a little with the Believe EP. We still wanted to keep our rock roots, but we brightened things a bit and added a tad more pop to the mix. Our lyrics have always been Christ-centered, but the heavier music didn't seem to translate that as well. Silverline, as it exists now, still has the same Christ-driven lyrics, but our newer material is simply more melodic. Our goal has always been to reach the maximum number of people with our music. We want our lyrics to be inspiring, encouraging and truthful. Our plan has been to use our songs as a tool to minister to others wherever we go, and we will continue to do that.

Silverline: Yes, it's been nice to be able to play around with different styles, sounds and trends to see what we like, what our fans like, and, also, what doesn't work as well. The production approach for our latest release, Lights Out, was definitely different than on any other album. We had a little experience under our belts, but to have creative minds outside the band bringing things out of us we didn't know we had has been incredible. This album is a whole new experience for us, and we're excited to see it released.

Silverline: Africa was an incredible experience, although much different than we thought it would be. Most of our time was in a busy city leading worship at a ministry conference. We were shuttled back and forth from the conference to a very nice hotel, and it felt surreal to be treated like royalty and then look out the window and see people standing in ditches with ragged clothing searching for food and money. The speakers at the conferences were mostly trying to encourage the people there to be more responsible and ambitious. There were plenty of resources and jobs available, but so many of the people remained in poverty anyway. The conference was meant to bring awareness to the fact that they could change the way they were living. It was full of ministry, but it was also very businesslike. We left there not knowing quite how to feel. That said, it was still a learning experience for us.

Silverline: We do have a couple of worship songs and ballads on all of our albums. Ryan wrote "With The Angels" during a time of devotion, not intending it to be on the release. He brought it to all of us and let's just say we loved it. We also included the worship song, "Be Still," on the new project as well. The thing is, it's natural for us to write this way and have those songs be a part of our albums. 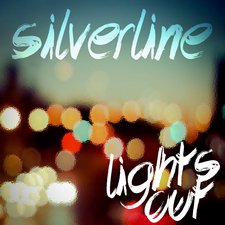 Silverline: Growing up, our biggest influence was dc Talk, hands down! Our heavier inspiration comes from artists like Chevelle, Project 86 and Blindside. And our new style is influenced by bands like Anberlin, The Wedding, The Classic Crime and Thousand Foot Krutch.

Silverline: We didn't just want to pop out another album just because "it was time." We really wanted to pour everything we had into the new release and try some unique writing techniques. So, we prepared a full album and brought it to Ben Kasica (former Skillet guitarist). To make a long story short, not much of what we brought ended up on the album. He wanted to take us a new direction and really pushed us creatively to be better than we had been in the past, and we couldn't be happier with the results. So, that's why there was such a gap; we wanted our listeners to get the very best that we had.

Silverline: We really try to engage the crowd and let them feel where our hearts are before playing our ballads and worship songs. We like to add personal stories to really draw them in so that they can catch the meaning of the songs and appreciate them rather than just chatting with a friend. We love the rockers, but the emotional pockets are our time to share our hearts with the audience. The heart of Silverline is to write songs that can change lives and that can connect on a real level with hurting kids and adults - songs that give them hope in salvation from Jesus and encourage them to keep on pressing in to God even though everything around them seems to be falling apart. The slower songs in our set allow us to convey that to the crowd.

Silverline: Thanks so much for playing our songs and supporting our band. We really appreciate your interest in our ministry and hope that your audience loves the new album!

Silverline's latest album, Lights Out is available now wherever music is sold!