Former Tooth & Nail Records rock band Sullivan parted ways around 2007 after the release of their third album, Cover Your Eyes. Now, seven years later, the band is back and on Spartan Records, delivering their fourth studio project, Heavy Is The Head. JesusFreakHideout.com's Michael Weaver caught up with vocalist Brooks Paschal to talk about Sullivan's latest batch of songs and what fans can expect next...
This interview took place on: 12/10/14.


Brooks Paschal: The songs! I wrote "Profile" and sent a little demo to the guys. I was like, "Doesn't this sound like a Sullivan song?" All the dudes agreed and off we went.

Brooks: Totally different, we made the album ourselves. A lot of remote recording and bouncing back and forth ideas. Tyson flew in and we worked for a week at my studio. I mixed the album over the next six months; it was very unorthodox.

Brooks: Well, we signed to Spartan before the album was finished. I have always sent stuff to John for his feedback. I like his style. Truthfully, we had no expectations for the album. We were flattered Spartan wanted to be a part of it.

Brooks: I am! I usually pick up on things like that, but honestly I don't hear it. There is probably a song out there of theirs that I haven't heard that is similar, so it makes sense. They basically wrote all the good songs first.

Brooks: The story itself is totally fiction, but the scenery is loosely based on a house of a relative I used to stay with. I really wanted to paint the picture of smalltown America. It was probably the hardest song I've ever written as far as detail goes. 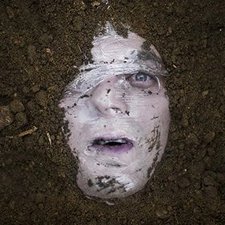 Brooks: You are right on both accounts. "Melanoma" was the last song written on the album, and I recorded and mixed it on my laptop while working in Florida. It was just one of those songs that happened. The overall idea was to write a song that sounded innocent enough but took a turn at the most unlikely place. It's really a conversation with death, and how you might reflect on things if faced with it.

"Statuette" was a prototypical Sullivan song, angry and mischievous. I wanted it to be a lot of fun, with a lot of evil mixed in. Yeah, it's basically based a person with an addiction, and we will never know if he succumbs to it, but he has some big plans!

Brooks: Time. We didn't stop making music, we just stopped making it together. We really figured out what we were good at, and we allowed ourselves to make an album with a natural progression.

Brooks: We will be out and about, there are a few things in the works. Touring is in our blood for sure.

Brooks: Some nerdy audio gear. I'm a producer/songwriter by day, so I'm always looking to expand my studio.

Brooks: Well first off, thank you very much. Being able to do things like this again means a lot to us. You take it for granted until you aren't in it anymore, so this is a very cool thing. Secondly, BUY OUR ALBUM!! (iTunes) In today's music market, it actually doesn't take a lot to make a splash. If we can perpetuate a little rock 'n roll in the world, then I would feel like we have all made a difference for future music lovers.

Sullivan's latest album, Heavy Is The Head is available now wherever music is sold!