Trip Lee: The Good Life is my fourth album and it comes out April 10th. What I wanted to do with this album was [I know all of us have an idea of what we think the good life is] to challenge the lies of what we've been taught about what the good life is. I wanted to challenge those and I wanted to paint a new picture of the good life; you know, believe in God and embrace all that He has for us in Christ. There are songs where I talk about being free from living a life of lies --s ongs like "I'm Good" that talk about a being anchored in Christ. You know, 'You take my money or even my life' and those kind of songs to kinda illustrate a new picture of "the good life."

Trip: *laughs* I am a Tebow fan, man. I really like Tebow. I really enjoyed watching him with the Broncos last year; he had me on the edge of my seat with those games. I'm excited to kinda see what happens with him in New York and see what they do with him. But yeah, I am a Tebow fan.

Trip: Yeah, absolutely; it's very encouraging. I actually have an event that I'm doing with him in a couple of weeks. I'm looking forward to that.

Trip: Rock the Desert. It's a new festival and I guess he's the speaker for the event, and I'll be doing a concert along with some other people

Trip: When I think about my cell, I think about my own struggle to make sure that I'm not, you know, controlled by my technology or my iPhone specifically. It's easy to just fill up every little open moment of your day with looking at Twitter and looking at e-mail, looking at whatever. It was something that was personal that I know is a struggle and I think it's a struggle for a lot of us being that so much is so accessible through our phone.

Trip: I chose to have them two on it because: one, I've done 116 songs with everybody else in the crew and these are two newer guys and, you know, we're all three young dudes around the same age. I just thought it would be a cool way to collaborate with us three. It would be the first time I've had them on my albums, so I thought it would be a cool way to do that and they both did a phenomenal job, so I was real pleased with how the song came out.

Trip: Well, yeah. When I think about the good life, over the years hip-hop culture has had such a strong glorification of stuff and money; we've spoken strongly against that. And I know some people have taken that to mean that we think money is bad. What I wanted to do with that song is to take three things like money, sex, and power Three things that we know can be abused and are usually apart of some of the false things of the good life, but these are actually good gifts from God. Money, sex, and power are good gifts from God. The problem is not those things. The problem is actually in our heart, because instead of using those things for God's glory, we end up worshipping them and making our whole lives about those things. So, I think it's better if we think about it more biblically that way. And think, you know, the main problem is our hearts and if we would trust Jesus, He would give us a new heart and we can begin to use those things the way we were meant to use them for His glory. 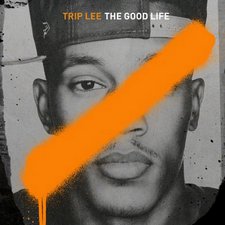 Trip: That's mainly it. I don't want to give people the same kind of album time and time again so it's good to switch up the kind of people that I'm working with and even get some [artists] that people don't know as well more of a platform to do their thing. Anybody that I do something with is somebody that I'm supportive of their ministry. It's always good to give them a platform and point the people who listen to me their way as well.

Trip: Me and Jimmy We've been friends for a while. I met him a couple of years ago because I liked his music, reached out, we started to build a relationship, and that song "Take Me There" is one of many times me and him have collaborated. We did stuff on each other's last albums and he did this one and I gotta joint on one of his new projects. He's a good friend of mine, man. A like-minded dude who I'm grateful for. I love his music and I love his heart. And, yeah, I love his sound because he has a cool, kinda soulful, thing going on.

Trip: We at Reach Records, we noticed that there is a crisis of manhood, where most young men just don't know what is actually means to be men. Of course, we don't think that we have all of the answers, but we know what God in His word has told us what it looks like for us to be men. So, we wanted to address that crisis and we wanted to do a campaign around biblical manhood. So, we did a short film about it and we did a soundtrack for the short film, a short album, Man Up, with everybody on the Reach Records label. We did a concert series last year and we're doing a conference for it April 13th and 14th in Atlanta. We're just talking about the major things that relate to manhood. So, we're just praying that God would use us to raise up Godly men who glorify Him in the world.

Trip: Right now, one of the things that's really been on my heart is I've been married for three years and I have a son on the way, and one of the main things that I've been thinking about a lot lately is what's it going to mean for me to be a good father. The Lord's been teaching me a lot of things about who He's been as a Father to me and how gracious He's been and how patient He's been, how caring He's been, how attentive He's been, you know? He knows every hair that's on my head. He's cared for me so well and He's been so patient with me when I've been slow to grow and slow to obey Him. I've been so grateful for that. One of the things He's been teaching me a lot about is how good of a Father He's been to me and my prayer is that I can in some ways resemble the kind of father that's He's shown me.

Trip: Last thoughts? More than anything, I think the main push for me during this time is encouraging people to look beyond the stuff that's right in front of our faces sometimes and to look to what God has said in His word, you know? Believing in God is gonna be the key to us living the kind of life we were made to live. That's how we lost it in the first place: Adam and Eve believed over God. I wanna encourage people to believe God and that's my album, The Good Life. It's really just trying to point people towards [God].