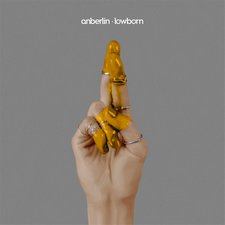 sing yourself to sleep

count the days gone by

but outside your walls passes real life

so heres the velvet covered brick

death comes to us all to quick

heres your chance to live but i heard you say

its my cross to bear

even horizons can change

there arent wings or even a prayer

turbulence, am i causing you to think outside yourself, for once

but fear and fail has made you its passive its captive

so heres the velvet covered brick

death comes to us all to quick

heres your chance to love but i heard you scream

its my cross to bear

even horizons can fade

there arent wings or a prayer

Behind the Song:
Painfully, I was an introvert in Middle & High School, in my Senior yearbook I had 5 people sign it because honestly I didnt have more than 5 friends at any given moment.

I hated going to school, I dreaded every social encounter. At lunch I go through the line, then take my food off the tray, then walk to the library where I would sit & eat by myself most days.

I was so scared of failure that I never tried, It seized up my entire life. I never felt good enough, inferiority was more than a complex it was a way of life.

A lot changed after that, I found God at 18. I spent two months on a mission trip in the Ukraine. I found friends. I started a band a year later. I found confidence.

It dawned on me one day: Who cares if I fail, I am going to try. I am going to try everything I have ever wanted to do even if I fall flat on my face. The day is too short to spend the night with regrets.

I applied for college, I started a side project, I wrote a book, I started a non profit, & pursued my MBA. I am not here to boast; the side project never sold many records, the book wasnt that great, the non profit folded into another one. However, success to me is not measured in numerical algorithms, I think one succeeds the moment they conquer their demons & fears and simply try.

This song is about how it felt to be held back by insecurities and fear, and a warning to those who live out their days in its grip. Remember, hope said she is never estranged. - Stephen Christian