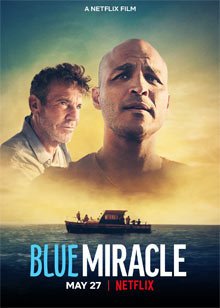 To save their cash-strapped orphanage, a guardian and his kids partner with a washed-up boat captain for a chance to win a lucrative fishing competition. (from IMDb)

Blue Miracle is a Netflix movie inspired by the true story of Casa Hogar, a Mexican orphanage that entered a fishing tournament to save their home after Hurricane Odile struck Cabo San Lucas in 2014, ravaging their home and much of the town. The film is an intimate look at the head of the orphanage, Omar Venegas, and his struggle to keep the orphanage together. Jimmy Gonzales steps in here as Omar, illustrating the man-of-faith's experience running the orphanage and dedicating all he has to rescuing troubled kids and keeping them off the streets. American screen legend Dennis Quaid portrays an aging fisherman named Wade who is forced to team up with the orphanage to be permitted to enter the fishing tournament. Quaid portrays the boat captain as grizzled and grumpy, but with some heart as he tries to relive his glory days and win another Bisbee trophy. 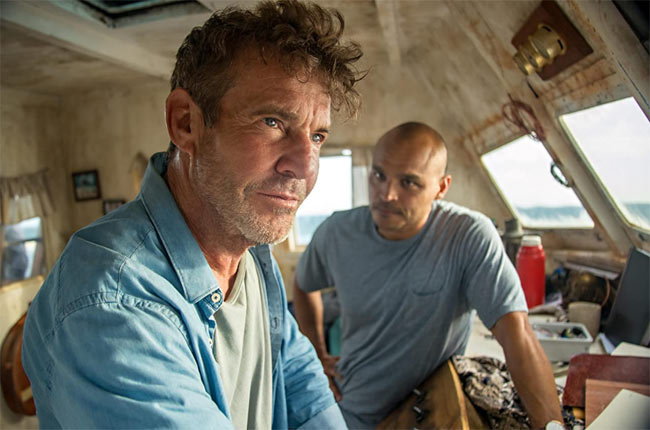 While one could argue that most original content on Netflix is pretty explicit and anything but family friendly, it's nice to see them put out a faith-based movie like this one. The faith element doesn't hit you over the head with its message, but it's used to drive the story forward and help the main characters take steps of faith and try to do the right thing when their situations seem especially hopeless. This makes Blue Miracle an encouraging and inspiring story, despite having some predictability and an "everything is perfect now" kind of happy ending. But for a story like this, it works. It also helps shed some light on the importance of something like Casa Hogar and ministering to and caring for orphans like these. Omar's mission is a beautiful one, and you can really see how his sacrifices and devotion greatly impact these kids. Miguel Angel Garcia plays a newcomer to the Casa Hogar team, named Moco, who Omar reaches out to in an effort to save him from a future of crime and, most likely, imprisonment. Moco isn't a believer in Omar's system, though, and Omar spends most of the film, when he's interacting with Moco, trying to convince him his intentions are pure and that Moco can find belonging and family with the orphanage. Garcia's performance of Moco is less than warm and charismatic, which makes most of those scenes less interesting to watch (and even the inevitable turn for his character), but the rest of the young cast who play the Casa Hogar's main child characters are pretty great. 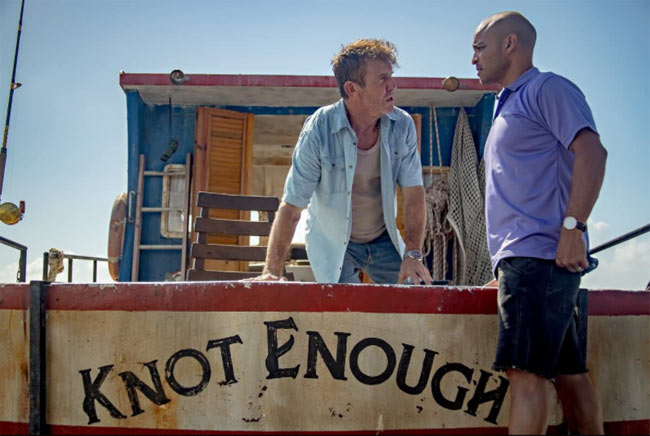 Quaid, who seems older than his actual years in this film, isn't at the top of his game these days, but he has a great presence in this film nonetheless. The grumpy schtick, at times, feels slightly forced, but Quaid seems to ease more into the character as the movie progresses. The movie is mostly carried on the shoulders of Jimmy Gonzales as Omar, and he gets the job done effectively in the film. The movie's production is good, as well, but especially in the handful of nightmare flashback sequences, it can feel a little rougher. The movie has a distinct indie feel, but it doesn't harm the overall outcome of the movie. It doesn't quite feel like a "Christian movie," even though the soundtrack is even provided by Christian hip hop record label Reach Records; the soundtrack is actually quite fitting, and if I hadn't known Reach provided the songs for the movie, I wouldn't have guessed it was anything but the usual mainstream playlist (quality wise, that is... the lyrics, when you do hear some, are never offensive). The acting is mostly solid all around (unlike many Christian / faith-based films), which elevates the production for sure.

The content of Blue Miracle is definitely PG. Netflix lists it as TV-PG, but I think an MPAA rating of PG would fit. There is a little bit of language, with the worst being a use of "g*dd*mn" from Wade, but it's almost drowned out by the noise of the scene. There are some other uses of God's name as an exclamation, but it is infrequent. There's one use of "p*ssed" by Wade (referring to urine), an incomplete "Son of a--" from one of the kids, and one use of "h*ll," also from Wade. There isn't any sexual content, and the violence is relatively mild. The only blood shown in the movie is a little bit on Omar's finger after he accidentally pricks it on the end of a nail. There's also a short scene, similar to Jaws, when the kids on the boat compare scars they have, but the camera doesn't focus on them. Lastly, there are a few nightmare scenes that Omar has that reflect a past trauma he had as a child. They all involve water, a child, and a rowboat capsizing. They're a little disturbing - particularly for younger viewers - so the more sensitive viewers will want to take note of that ahead of time. 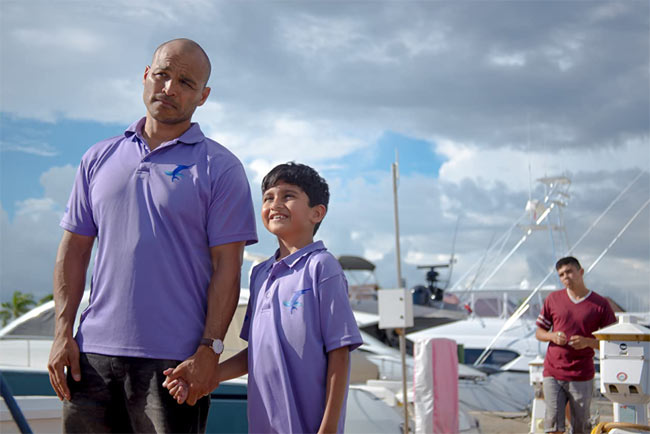 Overall, I was pleasantly surprised by Blue Miracle. It isn't a masterful film, but it's an entertaining, inspiring and heartwarming film that is a breath of fresh air for new content from Netflix and definitely a brighter light in the dim corner of streaming options offered by the multimedia giant.

Sex/Nudity: Becca shows a little bit of cleavage in the shirt she wears.

Blood/Gore: We see a bruise on a kid's forehead; Wade briefly shows a calf scar. Hollywood shows an arm cut scar. Another boy shows a screwdriver scar on his thigh that he had gotten from his father; Omar pricks his finger after putting his hand in his pocket. He rubs the blood on his fingers and reaches into his pocket to see what it was and pulls out a nail.

Violence: In a dream, a rowboat tips into the water as a child screams; In the slums, we see a couple guys yell at each other and fire guns at each other as Omar runs down the street carrying a child; We see a bruise on a kid's forehead; Wade chases a man off his boat with a hook on a rod; We hear glass shatter during a storm; Omar dreams he wakes up in a bed and falls into deep water then pops up under an overturned boat as a kid and screams; The orphanage wake up to find their home flooded; Some of the kids throw up over the side of the boat; Wade briefly shows a calf scar. Hollywood shows an arm cut scar. Another boy shows a screwdriver scar on his thigh that he had gotten from his father; One kid jumps at another to attack him and they fall in the water, crying for help. A man jumps in to get them; Omar dreams he's in a boat adrift at sea when a whale comes up underneath. The boat begins to sink and fill with water and he wakes up; Omar pricks his finger after putting his hand in his pocket. He rubs the blood on his fingers and reaches into his pocket to see what it was and pulls out a nail; We see flashes of Omar's memory/nightmare of himself as a child while fishing and his boat flips over. Disclaimer: All reviews are based solely on the opinions of the reviewer. Most reviews are rated on how the reviewer enjoyed the film overall, not exclusively on content. However, if the content really affects the reviewer's opinion and experience of the film, it will definitely affect the reviewer's overall rating.