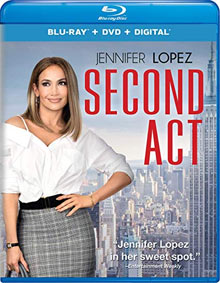 A big box store worker reinvents her life and her life-story and shows Madison Avenue what street smarts can do. (from IMDB) 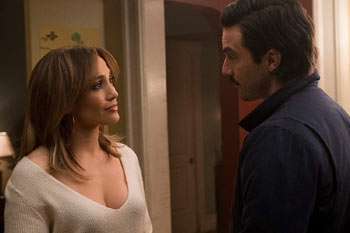 For years now, pop singer Jennifer Lopez has been a face associated with romantic comedies and "chick flicks." Her latest entry, Second Act, addresses her aging persona head-on as "Jenny from the Block" plays Maya, an unmarried (but in a relationship) woman in her 40's who is hoping to get the big promotion at her local grocery store where she's busted her tail for almost two decades. When the computer savvy son of her best friend falsifies an online history for her to make her seem more successful and accomplished than she really is, she's suddenly presented with a corporate job at a cosmetic company and has to prove she's got the know-how to pull it off...without being found out.

It's a bit of a Cinderella, rags-to-riches type story that is also built around a lie, which puts Maya between a rock and a hard place, so to speak, unsure whether she should come clean about how she got the job. Some hilarity ensues--albeit not much--as her friends resort to some rom-com hi-jinks to perpetuate the lie. There's some forced romantic subplot, but ultimately, Second Act is a pure-blooded, true-blue, by-the-book "chick flick." I, for one, can find plenty to like about a solid "a little bit for everyone" romantic comedy, or even romantic drama (I have a real soft spot for Serendipity, Hitch, and even The Lake House), but there exist some movies--like this one--that feel like they have a far narrower target audience (which is also how 2017's Home Again made me feel). That's not to say that Second Act isn't without merit -- nor that these kinds of films are able to transcend its target audience -- but Second Act just feels too much like a sappy, second-rate Lifetime movie than a legitimate feature. 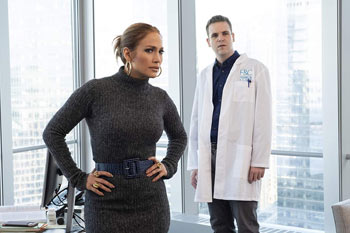 The movie just about lost me when it revealed a surprise subplot that is entirely absent from the trailers. It's not bad in nature, but it feels so incredibly contrived that you have to wonder how no one in the filmmaking process wondered "Did we go too far? Will our audience believe this?" And, if that question did arise, it seems as though the decision makers shrugged and decided "Who cares?" It's got its sweet moments, but it feels too convenient to the story to be genuine, and it makes the movie feel even more over-the-top and unbelievable than its initial premise already does. The story tries to quickly explain and justify it, but it still feels so unbelievable that it really is a hard concept to buy into, and it made me keep wondering if they were for real for a few scenes after (until I realized "Oh, wow... they're serious!").

In the midst of the mess, the players mostly do the best with what they have to work with. Jennifer Lopez is sweet enough in the role to make you feel for her and even root for her. King of Queens' Leah Remini is fine in the role, but at times it feels like she's just trying much too hard. Her biggest laughs actually come later in the film when she's trying to swear less, something that is especially amusing when Lopez's Maya points it out. Her new work allies -- Charlyne Yi as Ariana and Alan Aisenberg as Chase -- are cute enough to be likable, but like a lot of the characters in the film, they fall prey to the genre's cartoony portrayal of characters (like how Ariana is deathly afraid of heights while working on the 59th floor, and Chase is presented as a bit of a social oddball). Treat Williams is great as the head of the company, Vanessa Hudgens is OK as Maya's competition, and Milo Ventimiglia, too, feels a bit too cartoony in his portrayal as Maya's smitten love interest. 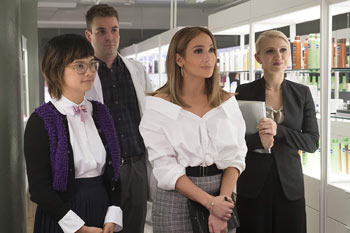 The content is pretty edgy at times, with frequent profanity and awkward sexual references. One of Maya's coworkers flippantly uses the "F" word in one scene, and there's even a romance-novel-grade shower scene right at the beginning of the movie where Maya's boyfriend surprises her with a birthday dessert while she's in the shower, and then joins her. There are only a few instances of rather mild comedic violence, so the main content flags to be concerned with are the sexual jokes and frequent use of cuss words and blasphemy. Some will also be surprised to see the film uses the gag of a 7 or 8-year-old boy swearing to be funny in a few scenes. (As the father of an 8-year-old myself, I couldn't help but not find the humor in it.)

Overall, if you like mostly benign dramatic comedic entertainment with hints of romantic elements, Second Act might be what you're looking for. However, the standard, run-of-the-mill genre delivery and its overly cartoonish characters and frequent use of crass jokes and language make the film more forgettable--and easily passable--than anything.


Second Act is available on Blu-Ray/DVD/Digital, DVD, and through the usual digital providers. Along with the feature film, the Blu-Ray disc includes the following extras:

This is one of the saddest collection of extras I've seen on a Blu-Ray release in a while. Not a single one of these featurettes are over a minute in length, and each one plays out like a commercial meant for your Instagram or Facebook feed.

Connecting with Milo Ventimiglia (0:55) - Here we learn that Lopez chose Milo herself to be her love interest in the film.

The Empowering Women of Second Act (0:55) is about women supporting each other and the actors' chemistry. Here we see some quick, fun behind the scenes shots and hear the cast talk about each other.

Working with the Ones You Love (0:32) features recycled bits from the other three commercials before it.

Trailer (2:35) - This is the main trailer released to promote the film. It gives you a decent idea of the story without giving away too many details (including the surprise development).

Sex/Nudity: We see Maya in the shower through a mostly opaque shower curtain and her boyfriend Trey shows up with birthday pie. He asks if she "wants some" and when she replies about it, he says that's not what he meant and then climbs in the shower with her. We then see a wide shot of them kissing and her silhouette through the curtain again. In the next scene, shes dressed and hes without a shirt, but wearing jeans. He says her business attire is a hot outfit." As she leaves for work, they exchange compliments (including her talking about his butt) and he jokes about them not having time to have sex again now, and she laughs and leaves; The women at work talk about their social club swapping things like stories and someone adds [and] husbands and one replies not mine!; Joan tells Maya to get messed up (drunk) and then "knocked up;" Maya wears a very low cut, cleavage-revealing shirt at a party; Joan encourages Maya to blow a candle out and adds we know you know how to blow. Maya scoffs and Joan then adds well thats the word on the street;" While Joan's son tells Maya about her new online presence, he says I was gonna use your porn name. Maya asks, My porn name? Joan and her son say in unison, First pet, first street. Joan adds Mine's Fluffy Valley." Her son then adds, Bulbous cockburn, thats my porn name;" One woman says Mastication Just sounds like mast but is cut off before she can finish; Maya's boss says to her Youre supposed to be my right hand," to which Joan leans over and says and I bet he uses that right hand a lot;" Joan playfully grabs Maya's clothed breast. Joan and her girls dance to the sensual pop song "Push It" (which is about sex, basically). They dance around doing pelvic thrusts in a sexual fashion; Joan says her youngest son called someone a "dunt." When Maya asks what that means, Joan says "a dumb..." but is stopped before she says the "c" word; When talking about hand cream and similar products, Chase says "Women like to be moist." and when Ariana and Maya look at him, he realized what he says and adds "urized. Moisturized;" A woman refers to a hand creme as My son's 'Dont ask' creme;" Maya shows lots of cleavage in an evening dress; Ariana tells Chase that shes "kinky" and kisses him, sucking on his lower lip as she pulls away. She then tells him they have to come up with a safe word; Chase asks Ariana about what she meant about being kinky. She then playfully hints that she is; Ariana grabs Chase's clothed butt.

Blood/Gore: We see a truck hit some flying birds and turning them into a puff of feathers.

Violence: Joan slaps her teenage son in the back of the head on two different occasions; Joan slaps Maya in the face repeatedly. She slaps her back once; Maya accidentally trips over the rope blocking off a checkout line; Ariana falls over out of the elevator when the doors open; Maya throws Ron into a Christmas tree; A truck slams suddenly and unexpectedly into half a dozen flying doves. Disclaimer: All reviews are based solely on the opinions of the reviewer. Most reviews are rated on how the reviewer enjoyed the film overall, not exclusively on content. However, if the content really affects the reviewer's opinion and experience of the film, it will definitely affect the reviewer's overall rating.