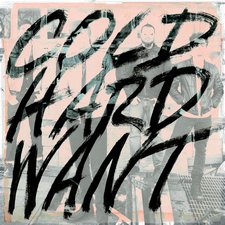 The staff of this website named House of Heroes' Cold Hard Want its most anticipated album of the first half of 2012. Why? Because their indie debut in 2003 is an underground classic, their ingenious national debut in 2005 made the industry stop in its tracks, their sophomore effort in 2008 is celebrated as one of the greatest albums of the last decade, and their last record, Suburba, was a fun and catchy romp that whet the appetites of the faithful. They have quite the history to live up to. Does Cold Hard Want live up to all the lofty expectations set by its predecessors?

In a lot of ways, this record is a mixture of all that things that worked on their two outings. It mixes some of the pop of Suburba with all the timelessness of The End Is Not the End, and, much like the latter record, it gets better and better with every listen. It's aggressive, but catchy; engaging and thought-provoking, but fun. Much like Suburba, this record pays homage to The Beatles, Queen, and Tom Petty, as well as others from the respective eras they represent, but everything is kicked up a notch. Even in the album's quieter moments, such as "We Were Giants" and especially "The Cop," things feel intensified, tighter, matured. These guys has always been good, but they just keep getting better.

This goes for the words, as well. House of Heroes specializes in casting a critical light on the idolization of the "American Dream," and "Cold Hard Want" is chock-full of thought-provoking lyrics and ideas. They state this sentiment outright on "Comfort Trap," "A house, and a wife, and two-and-a-half. I love my dream in the comfort trap... I'm gonna get my way, even if it means there's Hell to pay. I'm gonna have my cake and eat it, too. And what I don't eat, I'm gonna force feed you." It's biting commentary at its finest. They broach the topic elsewhere on "Remember the Empire," "Here, they treat us like slaves and convince us we're free."

But they also spend a good chunk of the album on issues of faith, none more apparent than one of the stand-out tracks, "Touch This Light;" "If I could see what You see in me, if I could push through the crippling fear, then I would run with the raging wind, then I would live again." "Cold Hard Want" is some of their best lyrical work to date. It may arguably be their best, considering songs like "Touch This Light" which draw in the listener better than perhaps anything else they've ever recorded.

When it comes to a band like House of Heroes, with a discography as impressive as theirs, it is hard to give each new album a fair shake without comparing it to all of its predecessors. With that said, Cold Hard Want is, without a doubt, one of their two greatest pieces of work. Suburba was a great album in its own right, but this one feels like the true successor to The End Is Not the End. It takes all the best parts of Suburba, and brings back everything that made The End... the masterpiece that it was. Does this make Cold Hard Want their best work to date? Whether it is or not, that doesn't change the fact that this is the best album of 2012, hands down.

House of Heroes is a diamond in the rough in Christian music. Often being underappreciated and overlooked, it begs the question as to why. Hopefully Cold Hard Want breaks them out of that cycle and garners the band the recognition for the musical beauty that this record is. Combining HOH nostalgia with heavier, edgier and more anthemic musical pieces, they may have set the bar higher than any of their previous records. From its first three eager, energetic pieces to its slower, introspective gems and back, House of Heroes shows its maturation as a formidable force. Tim Skipper's vocals have never sounded better in "Angels of Night" and "Suspect," and their lyrical musings in "Comfort Trap," "We Were Giants" and "I Am a Symbol" have this listener eager for what this year has to offer this much appreciative fan. - Kevin Chamberlin, 7/9/12