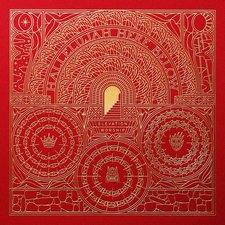 
It's never possible to worship the Lord too much (scripture seems to indicate that when He is seen face-to-face in eternity, worship in some form will be an everlasting activity), but it is possible that there can be too much worship music in the commercial sense. With the advent of mega-churches releasing their own bodies of work in this genre, the Christian music market has been flooded with yearly releases that often give us hours and hours of similar sounding tunes, many with ponderous running times and nearly-identical musical dynamics. The yearly release schedule also affects songwriting in the sense that songs must get pumped out quickly and must be corporately singable to boot, which can lead to a familiar feel. There are many sides to this discussion, of course. Many of these albums are live, and try to do their best to capture what is, in the best sense, a live experience for the church body. But this does mean that any musical collective based out of a church or denomination faces some serious headwind when releasing a new album these days. The young musicians of Elevation Worship bravely row out into these choppy waters with their latest, Hallelujah Here Below, and come out with a mixed bag of tunes that mostly play it safe and stick to the well-established (and somewhat rote) formula of much of modern worship.

Opener "Won't Stop Now" starts things off with a familiar flutter of slow-rise keyboards and a martial drum beat. The "call to worship" aspect of this song is appropriate, and it's a well-done opening number with a now-familiar Elevation Worship feel. Lead worshiper Brad Hudson's fine, expressive voice carries the tune's urgent feel well. The title track is one of the best numbers here, setting the stage for a contemplative moment in an otherwise sea of mid-tempo songs. Lyrically, this tune of brokenness and gratitude is a welcome counterpoint to the "triumphant" tone of much of the rest of the album. "We are an altar of broken stones / but you delight in the offering / you have the heavens to call your home / but you delight in the song we sing / ten thousand angels surround your throne / to bring you praise that will never cease / but hallelujah from here below / is still your favorite melody."

The best song here, by a long measure, is the bouncy "Echo" that finds solo artist Tauren Wells taking a turn on lead vocals. His soulful voice lifts the energy and atmosphere of the album, and shows what the musicians and writers here are capable of. The rhythmic change here is a much needed directional turn from the sameness of much of the similar mid-temp rhythms and dynamics. A few more tunes like this would have changed the album dramatically.

Alas, much of Hallelujah Here Below drifts by without making much of an impact sonically or creatively. The switch up of lead worshipers helps a bit, but the sameness of the song structures and melodies (the long drawn out intro, the build-up and drop-off of the bridge, the extended outro, etc.) can lead to the listener tuning out. And with the average song time reaching almost seven minutes, many of the songs stretch out their thin melodies to the breaking point.

Elevation Worship has the goods to write creative songs, and with a bit of self-editing and a few more years off between releases, the songs of Hallelujah Here Below could have been something truly unique. But as it stands, the album falls into some all-too-familiar pitfalls of modern worship music, with a few good moments mixed in. That is not to say that the worshipers and writers of Elevation Worship are not sincere and heartfelt in their praise, but it is to say that the album's batch of songs could have used more work.

Hallelujah Here Below represents a near-perfect mix of the best of modern worship styles and trends. That being said, those who reject modern worship wholesale will probably reject this album, too, but they'd be doing that at the risk of at least a few wonderful surprises. With its title inspired by perhaps the greatest known worship song in the English-speaking world, "Doxology," ("Praise him, all creatures here below"), this new set from Elevation Worship runs the gamut from 7-minute long meditations of ambiance and sweeping dynamics to 4-minute long brisker, pop-leaning numbers like "God of the Promise," "Then He Rose," and the Tauren Wells-assisted "Echo." The balance of slow-burners and upbeat tunes keeps things fresh throughout the hour-plus running time, while still giving space for worship ballads of the highest order, like "Worthy" and "Power." Kudos to the Elevation Worship team for being able to show a mastery of so many modern sounds without ever feeling gimmicky or strained. Rather, it all feels natural and meaningful, with all the different styles held together by the cohesive, warm, top-notch production of the live recording. It's understandable if listeners prefer shorter songs or don't like hearing applause at the end of every track, but anyone who writes off Hallelujah Here Below as a run-of-the-mill worship project will be missing out on a passionate work of beauty, filled with Christ-centered lyrics, stellar vocal performances, and absorbing musical compositions. - Review date: 10/1/18, Chase Tremaine of Jesusfreakhideout.com