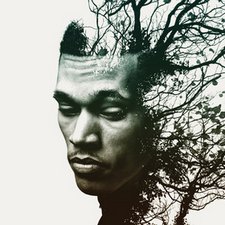 Trip Lee's rumored retirement didn't last long. News broke around the internet in September of 2012 that Trip was walking away in his prime to focus on his call to be a pastor. Only three months, later that retirement announcement was uncertain. Now two years into the future, it's obvious that Trip isn't done just yet. Rise finds Trip doing yet another different-sounding album. The talented rapper isn't content to make the same album repeatedly, or to copy something popular from the radio, but strives for originality at every turn. This time around, Trip is rapping about this struggle to follow his calling as both a rapper and a pastor, the love of his children, and just how "shweet" it would be if we bragged on our Savior instead of personal gain.

The title track opens the album with an intro of sorts that has Trip rapping in about a minute-long verse. Trip drops the line early, "I'm here; I'm here to brag on Him like I'm known for. While folks know, I'ma go for it. My God ain't no folklore, 'cause He real; He real." Any worries people may have had about his recent interview with BET, in which he stated he didn't like to be called a "Christian rapper," should be put to rest. It's quite obvious that Trip is, and has always been, Kingdom minded. "Lights On" is proof that Trip is looking for a new sound as the beat that opens the song doesn't sound like your typical hip-hop beat. "Shweet" and "Manolo" are up next and both stand out. The former is a great message of focusing on Christ instead of our earthly possession and accomplishments, while "Manolo," featuring Lecrae, is a banging track with huge bass. "All Rise Up (Interlude)" starts with Trip talking about his journey and friendship with both Lecrae and Tedashii before moving into the actual song, "All Rise Up." The lyrics go in-depth on the interlude story and feature Trip singing, "We should all rise up and give a standing 'O' for the King 'cause He's good." Towards the end, Trip focuses on his struggle between being a rapper and a pastor and his desire to find common ground. It's a vulnerable moment and gives some great insight into what he's been going through in the past two years.

"Beautiful Life 2 (Mine)" is a different type of song and approach for Trip, but it's a touching venture nonetheless. Trip raps about the love of his children and even features some "baby talk" from his youngest. "Insomniac" is another great song and features Andy Mineo. The lyrics talk about living life to its fullest and not resting until it's over. Another album favorite is soon after in "Lazarus." Thi'sl lends his talents to this joint, and as usual, his big voice and different method is outstanding. "I'm Gone" is another interesting moment on the record. The piano featured here gives the track an enjoyable feel. It's a different sounding hip-hop song, but it's nice to see Trip stretching out into new areas. "Sweet Victory" closes the album out in worshipful fashion. The song features Dmitri McDowell singing, "I feel thorns where my crown was (I'll be weak, but I'm alive). From the dusk until dawn, yeah (I'll survive 'cause I got). Sweet victory; nobody can take it from me." Early in the song, Trip raps over light music with no decipherable beat, but the minimalistic sound lends itself well to the message. The song and album end on a powerful note and wrap up another solid record overall.

When news broke of Trip Lee's supposed retirement, many fans were disappointed. How could such an amazing talent just walk away at the height of his career? When Trip continued to do guest spots here and there and finally announced his latest album, disappointment turned to elation. Rise isn't quite up to the level of The Good Life in this reviewer's opinion, but it is pretty impressive regardless. Trip Lee so rarely disappoints, even when the pressure is on. Trip claims to never have officially retired, but many fans will view this as a "coming out of retirement album." The pressure to release a worthwhile record was likely on, but Trip delivered in his usual fashion. Musically more diverse than any of his previous works, Rise is just another example of Trip Lee growing and challenging himself as an artist. CHH fans should be lining up for this one.

Quickly climbing the ladder in the hip hop game, Trip Lee has consistently put out solid albums for the last eight years or so, establishing himself as one of the best rappers around. This year's new music, titled Rise, won't disappoint current fans and should be picked up by all rap fans. The beats are on par throughout, while Trip speaks on things such as God's power, providing truth, and God's amazing goodness. Tracks like "Manolo" and "Insomniac" are superb rap awesomeness, and the spine tingling "All My Love" and "Sweet Victory" make this hip hop release complete. There aren't really any skip-worthy tracks, making this one of the better albums released in 2014. Trip Lee and rap fans alike can't go wrong grabbing Rise. - Review date: 10/18/14, Kevin Hoskins