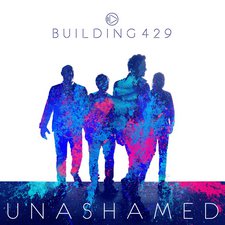 Hot on the heels of a hugely successful debut crafted from equal parts rock, pop and worship, and an even more invigorating hard-rocking sophomore set, front man Jason Roy and his Building 429 band mates did an abrupt stylistic about-face, taking up residence in the radio-ready pop/worship arena for a trio of decidedly more adult contemporary-leaning, and largely interchangeable, follow-on efforts. The first half of 2013's We Won't Be Shaken offered the occasional hint that the quartet might be ready to shake off the proverbial dust and try something entirely different for a change. Any glimmer of hope generated by its opening minutes, though, was quickly extinguished as the remainder of the proceedings found the foursome tossing out more of the same middle-of-the-road pop/worship fare that has long since become their bread and butter - the sum total of which brought the proceedings to a virtual standstill long before the last cut finished playing.

Like Shaken before it, Unashamed starts out with the ever-heartening promise of the new. The breezy, irresistible leadoff entry, "Eyes Up," finds Roy & Co. channeling their inner John Mayer (with slight traces of Robin Thicke and latter-day Train tossed in for good measure) to fashion a ditty as ingratiatingly memorable as any they've released since the debut. The record's first radio single, "Impossible," follows suit with a salvo of jazzy bass lines and horn-driven rhythms guaranteed to thrill fans with a soft spot for classic '60s and '70s Memphis soul. Perhaps most impressive, however, is "Ocean Deep," a song whose all-too-commonplace Christ-Tomlin-meets-Coldplay-meets-U2 groove ought to immediately place it off limits to all but the Top 40 Inspirational radio-listening crowd. Somehow, though, against all conceivable odds, the track winds up an absolutely beautiful and soul-stirring declaration of the power of God's relentless grace.

Unfortunately, as was the case with Shaken, the rest of the latest album finds things going downhill at an uncomfortably rapid rate. Numbers like "Be with Us Now" are encumbered with leaden, relentlessly mid-tempo rhythms that will no doubt consign them to single-play status for those weaned on far more bracing early radio singles like "Searching for a Savior" and "Glory Defined." "Go," and the equally lifeless "Earth Shaker," do the band likewise few favors, thanks to their generally unimaginative lyrical sections ("I want to be an earth shaker/ Be the game changer/ I want to be a skyscraper/ Reaching for you"). "Hearts Collide," despite its admittedly engaging instrumental accoutrements, is still, underneath it all, a mostly amelodic and meandering affair. And the band members could likely pay for their children's' combined college tuitions if they were given a dollar for each instance of the seemingly mandatory, yet nevertheless still grossly-overused, "whoa oh oh" chants that fill the project from front to back.

To their credit, Roy and his cohorts compare favorably to just about everyone else whose compositions currently fill the topmost slots on the Christian pop charts. That comparison, though, does little to make up for the fact that the decided majority of their output over the past decade has tended to sound far too similar to both their own back catalog and the work of others. Devotees willing to invest the time to cherry pick the group's best songs from the past eight years would have little trouble assembling an album that tops even the 2008 greatest hits collection in terms of both quality and consistency. And that is what makes Unashamed so absolutely maddening to fans who have followed the band from the beginning: those who know the group best know the greatness that they're truly capable of. Neither out and out unpleasant nor completely without merit, the new Building 429 record is nevertheless yet one more installment in an ever-growing anthology of prototypical, run-of-the-mill music likely to find little widespread appeal outside the ranks of the already-converted.