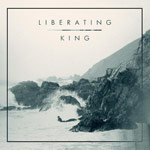 Stephen Miller is a worship pastor and leader currently based in Austin, Texas. As an artist, Stephen has traveled around the world to lead worship at various conferences, events, and concerts. Liberating King is Miller's fifth, and newest, studio album. One listen through the album will have you wondering why you haven't heard his name before. He has the chops vocally, musically he's as good as any other worship act on the radio today, and lyrically he's often more creative than many of those same artists. While you may hear some of the same typical "worship lines" here and there, you will also hear more honest and open lyrics such as, "Our God, He is not safe, but He is good," from "Only Sinless One." One of the more powerful moments on the record comes with "Our Father." The song is simple, and the idea behind it isn't new, but the chorus draws you in to the Father. I can imagine it would make for a spine-tingling experience in a large conference setting. Another song to note is Miller's version of the classic hymn "It is Well." His take on it is one of the better tracks present.

Musically the album is solid, but it's not without flaws. Frankly, the biggest complaint may seem a bit petty to some, but it is a widespread issue within worship music as a whole. As with the overwhelming majority of worship songs these days, Liberating King relies far too heavily on delay, echo, or other timing effects on the guitar. These effects when used in the right areas can give a song something extra and make it special, but when used on every track, and on nearly every guitar part, things start to sound the same from one song to the next. Picking and choosing these parts a little more cautiously could lead to a better overall listening experience. Beyond that, Miller and his band can hang with most other artists in the mainstream musically. If you are looking for a new and enjoyable worship act, look no further. Stephen Miller fits the bill and brings a sound that falls somewhere in between guys like Jeff Deyo and Chris Tomlin. Help support a worship pastor who understands that the act of worship is so much more than singing a song and check Liberating King out today. 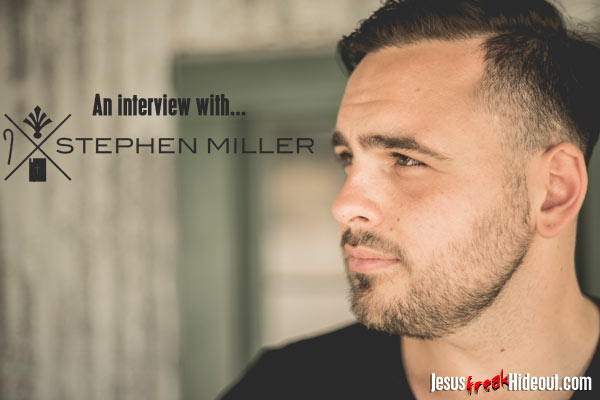 Stephen Miller: I was very young when I felt called to ministry. Didn't really know what that meant. Music ministry was probably the last thing I wanted to do because I just didn't like church music. But then in high school, I went to a camp and saw a band lead worship for the first time, and I remember thinking, "Maybe that's what God's calling me to do." So that year, my youth pastor asked if I would start leading our student ministry in worship each week, and God just sort of had his hand on it and it grew from there.

Stephen: Haha! Well, Chris Tomlin was actually my worship pastor for years. I have learned a ton from that man. He is an incredible, Godly, passionate, gifted worship leader. I think over the years I have really tried to become my own "artist," if you will. You know, you strive to sound like yourself and be yourself, and lead from that place of authenticity. But part of that is that you are always shaped by people who have gone before you and been that sort of example to you. Musically, I think I am inspired by so many bands, but early on what really influenced me most is honestly Garth Brooks and Michael Jackson. I know those are totally different, but they were both so incredible at what they did and there was never really a time I wasn't listening to one of their tapes when I was a kid.

Stephen: We have done most of them actually! The whole hope of our album is to make theology accessible to our people and help them to sing with all they are to the God who has rescued them. I think that "Our Father" and "The Love of God" have been favorites for sure.

Stephen: I love "Our Father." It's such an intimate song for me because it came from such a place of realizing that all of my worship begins with my adoption in Christ. That's the highest privilege I have as a believer is to be called a son of God. So I wanted to adore him as my Father who has bought me for himself through the blood of Jesus. Just a powerful anthem for me. I think my favorite song on the album, though, is one that we haven't really done corporately, and that's "Only Sinless One." Just kinda this brooding, yet fun alt-pop song that has some of the most fun lyrics I think I've written.

Stephen: We do all our work in house. My team is incredible. My guitar player and drummer are both phenomenal engineers and producers and I love keeping it close to guys who are as passionate about the songs as I am. So we had a friend who owned this monster truck garage a few minutes outside of town and he said we could take it and transform it into a studio for a month. So we did! I guess that's Texas for you. Haha!

Stephen: I really hope it gives people a huge picture of God and an understanding of the hope they have in him. He has given us his Word of Truth, his Spirit of Truth, and Jesus, who is himself the truth, and promised that the truth will set us free. I hope that as we sing these songs of truth that people will find the freedom their hearts long for, that can only be found in the Liberating King.

Stephen: We are working on that right now. So they should be up in the next couple of weeks.

Stephen: Right now I am on the road with Citizens and Saints for the Liberating King tour. This Fall, King's Kaleidoscope will join us. So I'm pretty exited about that.

Stephen: Trust him. Even when it doesn't make sense to me. Even when it hurts. He is sovereign and good. He is my Father and he does only for my good. It's easy to say that, but it's harder to live that. I'm trying to live it right now.

Stephen: That's a tough one for a foodie like myself. I'm a huge pizza, hot wings and tex-mex fan, but I think that at this moment I would have to say taking my wife to Shake Shack for a shack burger and an espresso milkshake.