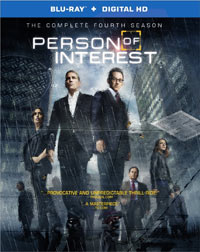 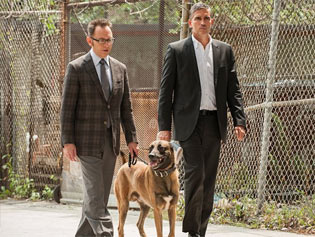 Person Of Interest has really come pretty far in just four seasons. The Jonathan Nolan-helmed series started on CBS in 2011 and had a pretty small scope centering around two men trying to prevent crime from happening to a different person or persons each week (where they had to investigate whether or not the number that The Machine spit out was a victim or perpetrator). Now with its fourth season under its proverbial belt, Person of Interest has grown its vision and cast -- losing some and gaining some members along the way -- and has stepped up its base in science fiction by branching out past just the "Big Brother is watching" paranoia of the early episodes to include an all-out war between two artificial intelligences. 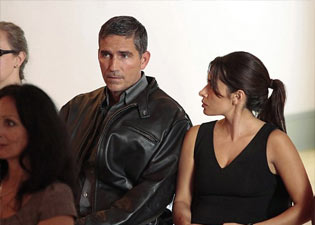 Now, I'll discuss Season 4 here as if the reader has seen all previous three seasons. There are some minor spoilers for Season 4 here (with one significant one, but knowing about it ahead of time may help you through it a bit), so if you don't want to know -- or haven't seen the previous seasons -- you may want to just skip to the last paragraph. By now, if you've been watching the show or keeping tabs on it from a distance, you know that one of the central cast, Detective Joss Carter (played wonderfully by Taraji P. Henson) was killed off last season. In the team's fight against a seemingly unstoppable force of crooked cops called HR, Carter almost made it out in the process, ending up being gunned down while her (and Reese's) guard was down. The show smartly has not forgotten Carter either. It started a ripple throughout the series that followed through the rest of the season and is still felt in Season 4. When Season 3 ended, a competing "machine" that exists to prevent terrorism went online, with a mission to kill the heroes of the show--Reese, Finch, Shaw and Root--forcing the team to disband and take new cover identities to stay alive. When Season 4 opens, Reese is a cop (and becomes Fusco's new partner!), Shaw works the counter at a department store, Root is on the move and Finch is a college professor. It keeps things fun and exciting, actually, and gives the show a fresh feel while not changing it all too much. Also, the team's base of operations in Finch's secret library had been obliterated at the end of Season 3 and it's awesome to see where the team hides out in Season 4.

Things continue to change and the stakes continue to be raised in Season 4. (Here comes the discussion of Season 4's somewhat significant spoiler...) About mid-way through the season, Shaw--played by Sarah Shahi--is mysteriously written out of much of the rest of the season with this ambiguity that keeps viewers guessing as to if she is alive or not and if she would ever return. However, thanks to the Internet, anyone with access to Google can discover that Shahi got pregnant in real life and needed to take a break from filming the show for the time being. Although many viewers' wounds of having lost Carter just one season earlier are probably a bit too raw, it still made for some good tension in the show to see how the team deals with another loss and the is-she/isn't-she status of her survival. Thankfully, the show runners don't leave the audience hanging too long, and we're thrown a couple gracious bones in a couple of episodes to let us know that Shaw, is in fact, not gone entirely. However, the when or how of her return is still up in the air.

Some favorite faces do make a return this season - like crime boss Elias, for one. And the likable bad guy ends up having some really key moments this season that also include an intense power struggle with new villainous group, The Brotherhood, in "The Devil You Know," where not everyone makes it out unscathed. Carter actually does make a return in flashback form for the majority of one episode near the end of the season, titled "Terra Incognita," and it's one of my favorites of the season. In it, Reese and Carter have some great dialog and personal moments that the two didn't get as much of when she was on the show, and while it's bittersweet to have her back to remind us what has been lost, it's also awesome just to see the character again. There are plenty of standout episodes this season, too, as "If-Then-Else" shows us how The Machine runs through possible scenarios, and we see a situation play out over and over as we see scenarios being tried out and fail one after the other. It's a bit of Groundhog Day-meets-Edge of Tomorrow, and it's a lot of fun. The story arch that involves Shaw being M.I.A. and the team struggling to cope with it as they look for her is excellent as well. There's also an arch over most of the season that involves Reese being forced by his new police captain to seek counseling to deal with some of his issues, and as we get to see inside his head a bit more, we also see a relationship start to bloom between Reese and the counselor, Iris. "Search and Destroy" is another one that stands out, along with, of course, the nail-biting season finale which quite literally ends in a blaze of glory. The season is not without its issues though. A new character is introduced in the second episode, "Nautilus," named Claire who shows up again and she's a kid who ends up getting pulled into the A.I. war. She's just too moody and broody--and refuses to listen to Finch's counsel--and is more irritating to watch than anything. Later in the season, a similar kind of character gets in the middle of the drama with The Brotherhood and Finch's team and it gets kind of annoying as well. Also, "The Cold War" finds the A.I's using humans to speak for themselves and therefore speak to each other, and while it's not necessarily bad, it pushes the sci-fi boundaries of the show. And the fact that Samaritan choses a boy to be its voice makes the scene where it converses with Root hard to take as seriously as they want us to. 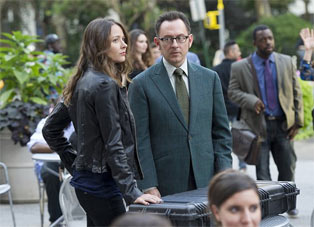 The content to be most careful of in the show is pretty consistently mostly violence. As I mentioned in the Season 3 review, it's the kind of stuff you'd see in a modern Bond, Mission: Impossible or Bourne film, but it's seldom graphic. If anything, things will get a little bloody, but it's rarely gruesome (whereas, to contrast, The Blacklist always seemed to push the envelope and venture into R-rated territory). If the show had a rating in the cinemas, it'd be PG-13. Occasionally, topics involving infidelity with the "numbers" might come up, but there usually isn't any sexual content shown in the show. Language is mostly just mild stuff like "h*ll" and "d*mn" with maybe an occasional "a" word or "S.O.B," but it's pretty infrequent and there isn't any significant blasphemy.

If you've enjoyed the show at any point, you should definitely keep up with it and catch up on things with Season 4 before Season 5 begins next month. And, with it only being ordered thus far for 13 episodes, it's quite possible we're in the home stretch of the series as a whole. Fans of any of the aforementioned franchises should also check out the show, as it's still one of the best ones currently on TV -- and I'm definitely pumped for Season 5!


Person of Interest: The Complete Fourth Season is available in a slimmer 4-disc Blu-Ray set that marks the very first time that the show has been made available to the public in a set that separates the Blu-Ray discs and the DVD discs (previously, you had to buy the hefty 10-disc set of both to get the Blu-Ray discs). For those collectors who love their DVD or Blu-Ray sets to look great together on their media shelf, you'll be sad to find that the uniform look of Seasons 1 thru 3 is broken with Season 4's much slimmer presentation, which causes the title on the binding to not line up with the rest. The upside, however, is it'll save you space on your shelf in the long run.

If you're on the fence about high definition over standard DVD's--and now you surely have to decide between the two--I'm a firm believer in Blu-Ray and I highly recommend grabbing the Blu-Ray set if you have the capabilities for playing it. The show looks really excellent in HD.

Sadly, there are no audio commentaries this time around, but the extras included here are still great. They are the following: 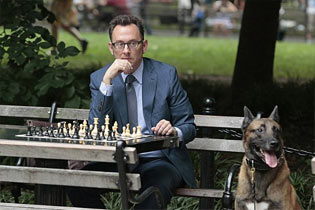 Music of Interest (17:44) - This is an excellent extensive look into the music behind the show. Here they talk about the musical themes for the show's different characters and how they change over the course of the series. Composer Ramin Djawadi even goes back to the show's first episode to talk about creating the theme for The Machine and talks about creating music for the show. They even show some scenes with alternate music from their final versions, and it's great to see how that all evolves. Lastly, we get a glimpse into them scoring the show with an orchestra.

Going Underground with Root and Finch (4:57) is a really cool and really fun set tour of the new underground subway set that serves as the main characters' base of operations. Amy Acker who plays Root and Michael Emerson who plays Finch take us on a guided tour of the set, and it's pretty awesome!

Gag Reel (2:58) - This is a fun little gag reel of mostly line mess-ups and the cast goofing off on set. It's brief but it's worth the watch. And any profanity they may use is bleeped out.

Person of Interest 2014 Comic-Con Panel (28:36) - Couldn't go to San Diego Comic-Con last year to sit in on the Person of Interest panel? No problem! Here's a half-hour truncated edit of the panel that features show runners Jonah Nolan and Greg Plagueman with cast members Jim Caviezel, Michael Emerson, Kevin Chapman, Sarah Shahi and Amy Acker as they talk about their roles and the events of the previous season, Season 3. They also talk about the future of the show, speculating events from the then-upcoming Season 4, and more. They also take questions from the audience which we get to also hear the answers for. This is a great addition to this set.