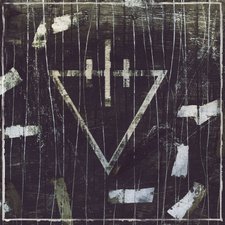 The Devil Wears Prada have cemented themselves as a stalwart in the metal scene reaching success within, and outside, of the Christian music industry. During their rise, Hranica and company haven't shied away from their religious and spiritual beliefs and don't even seem to mind the "Christian" label slapped right onto their name. Their newest effort, 8:18, is a direct reference to the scripture found in Romans: "For I consider that the sufferings of this present time are not worthy to be compared with the glory that is to be revealed to us - NASB." The message of the lyrics line up, though they are a bit dark, but that should be expected from these guys at this point. Musically, 8:18 isn't as heavy as its predecessors, Dead Throne or Zombie EP, but all things considered, The Devil Wears Prada are still on point with 2013's venture.

The opening track, "Gloom," sets the stage nicely for the album. Not only does it set the tone and the mood of the album, described by screamer Mike Hranica as "sad and miserable," but it blasts out some seriously heavy music. While the departure of founding member and keyboardist James Baney may have concerned some, one listen to the keyboard in "Rumors" (and throughout the entire album, really) should alleviate any worries. Things chug along at a fairly heavy clip until "War." The song features fairly tame guitars and drums, but the vocals are still screamed starting at about the halfway point. The title track follows and is one of the softest songs musically, but still features Hranica's passionate screams. The lyrics talk of suffering, "The mother visits the graveside," and really focus on Romans 8:18. Hranica's words are so dark, but the message remains hopeful within the context of the scripture.

"Sailor's Prayer" cranks the intensity again and features a more straightforward metalcore sound than the preceding songs. TDWP always seem to be at their best when Hranica and DePoyster share the mic and this one is no exception; it's a definite album highlight. "Care More" follows with a softer, but more industrial sound that is something a little different for the guys. "Martyrs" was the lead single and is another standout for the record. A bit more of the industrial influence, though on a lesser level, returns for "Black & White." The gloominess set forth by "Gloom" continues throughout the remainder of the album as well. "Transgress" and "Home For Grave" each feature softer musical sections in the middle, while "Number Eleven" and "In Heart" remain pretty aggressive throughout. "In Heart" does slow a bit, but not near to the pace of "Home For Grave." The track serves as a suitable closer to a sad and intense record.

The Devil Wears Prada continue to push their own limits as well as the limits of their genre; it's been a while since you could call them "just another metalcore band." These Dayton, Ohio natives have released another solid entry into an already impressive discography. While the album is a touch depressing on the lyrical side, don't think these guys have lost hope. 8:18 only proves that no matter how dark and bad the suffering is, it's nothing compared to the glory God will reveal one day. If you haven't picked up this September release yet, you should really do yourself a favor and grab it today.