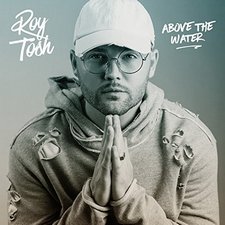 Roy Tosh
Above the Water


Indianapolis native now residing in Orlando, Roy Tosh (a combo of his full name) has currently been making waves with his collab track with V. Rose, and that song, "Stronger," has even cracked the top 10 "Hot Chart" recently. Add that to the following he gained after releasing a track with Reconcile a couple of years ago and he has good reason to release his new album, Above The Water. The release starts off with "Never 2 Late," which carries a nice and relaxed vibe, which will be present throughout the ten-track listing. The entire album brings a more soothing style of hip hop to the listeners' ears. The song features an encouraging reminder to focus on God's Word and to keep your eyes on Jesus, a theme repeated throughout, especially in "TYL," "First Love," and the title track.

The album also has some good tunes where Tosh collabs with great artists, such as Aaron Cole in "Underdog" and and Blake Whitely in "Rise." The potential for more good tunes to come in the future can especially be seen in those tracks. While there is not a ton of depth to be found here, and each track is fairly similar compared to the previous one, Roy faithfully keeps the album's focus exactly where it should be: on Jesus.

Overall, this is a solid release for the young hip hopper. If you're into the poppier side of rap, then this might be exactly what you're looking for when seeking out your next album purchase. I can imagine fans of Deraj, TobyMac, and similar artists playing Above The Water all summer long.