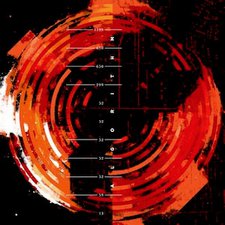 My Heart To Fear
Algorithm

After turning some metal heads last year with the Lost Between Brilliance and Insanity EP, Pennsylvania natives My Heart To Fear have teamed up with Solid State Records for a full-length album. The EP gave us the impression that MHTF is a little outside the box of your every day hardcore scene, and Algorithm attempts to show that uniqueness again as the band brings its unique sound alongside their mantra of Family, Faith, Pride, Brotherhood as the central theme.

"Dust To Dust" is up first and does exactly what you're expecting. The introductory music sounds like something from an epic movie battle and holds there just long enough before blowing the floodgates open with some solid metal. The guitars are stellar, the drumming is on point, and the growls mix nicely with some clean choruses making for a good song. MHTF uses the entire album to do this over and over again, producing a good metal project with touches of musical creativity--the latter of which is highlighted in tracks like "Angst," which ranges from ultra heavy to soft haunting piano keys, and "The Sneaking Chair," which marries double bass and soft-spoken whispers beautifully. Algorithm focuses on making creative music and definitely succeeds. The lyrical creativity of the album isn't lacking, but it's not quite on the same caliber as the former. "414 Days" delivers a great message about people somehow blaming God for the bad choices they make, "The Witching Hour Part 2" tells a tale of battling demons, and "Pack Up We're Leaving" leaves no doubts with screams of "Let's be real, we're all searching for a reason. In the menial passing of the time and the seasons." The messages are all good, but the words fall a titch short of the musical brilliance achieved.

Overall, this is just metal done well and an amazing start for a pretty young band with only four EP's already under their belt. It may not be getting them those "best metal album of the year" nods just yet, but any hardcore fan will be digging this release all summer long.