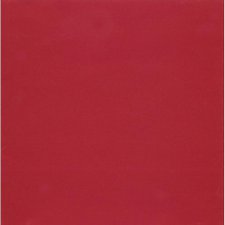 
Starflyer 59's first two albums, Silver and Gold, were innovative for their time. They were both, while hard to classify, indie rock masterpieces. Some songs came blasting through at you with loud, thick guitars, while others took a quieter, more dreamy approach. Each song, however, was carried by frontman Jason Martin's unique, breathy vocals. These albums defined the genre of "shoegaze," and continue to be hailed as masterpieces of guitar rock.

Starflyer's third album, Americana, continued in the vein of noisy guitar rock and monochromatic album covers (the album was their first to be titled), but unlike the "shoegazy" albums of before, this time around, the band went for a more straightforward rock sound.

The first two songs, "The Voyager" and "The Hearttaker", are straightforward rock, complete with pulsating guitars and Martin's trademark vocals. "Harmony" takes a turn, however, and sounds like it was taken straight from a surfpop album, with a more breezy and beautiful sound. The album's two slow songs, "You Think You're Radical" and "Help Me When You're Gone," are almost downright depressing, but are beautiful to listen to. The album ends with the upbeat rocker "Everyone But Me", which includes a fun surprise outro that completes the album nicely.

All in all, Americana may take repeated listens to settle in, but after a while, I found myself spinning this album on repeat on many drives. A great album to add to the collection of any Starflyer 59 fan, but also a great alt-rock album in general.