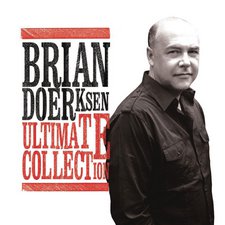 For many a worship leader, practicing their profession of choice is largely a case of having their cake and eating it too. On the one hand, like most musicians, they're able to find artistic satisfaction in expressing their deepest joys and sorrows to those who hear their work - many of whom will, themselves, be inspired to do likewise. On the flip side, they are, for the most part, able to retain a certain anonymity that allows them to go about their normal day to day lives largely unencumbered by the adoring masses that so often beset their peers in the pop and rock arenas.

To be sure, if the average music lover passed Brian Doerksen - who, it should be noted, possesses what is perhaps the least star-sounding surname in the history of the music business - on the streets, they'd probably mistake him for one of their former college professors or the teller at the local savings and loan. Odds are that Doerksen likely wouldn't have it any other way. Over the course of what many would consider his extended career, the Abbotsford, British Columbia, native has quietly, yet methodically, gone about the business of crafting some of the most indelible and dearly-loved worship songs of the past three decades, all without his name ever becoming anything even remotely resembling a household word.

Of course, any discussion of Doerksen's back catalog is at least partially academic, given the familiarity of so much of his work. Indeed, cuts like "Come Now Is the Time to Worship" and "Hallelujah (Your Love Is Amazing)" have long since lost any attachment they might have originally had to their composer and become, for all intents and purposes, the property of those who sing them faithfully weekend after weekend in their respective places of worship. Looking at Doerksen's body of work with fresh eyes, though, one can quickly see just why so many of his pieces have become virtual standards in such a short period of time.

The absolutely transcendent "Refiner's Fire" has a heartfelt, unpretentious simplicity that will transport those who know it best back to the time of its writing - nearly a quarter century ago - before making modern worship albums became all but a prerequisite for artists in the Christian pop and rock camps. In the same way, hearing "I Lift My Eyes Up," one can almost picture the singer standing not in front of a praise band in a church service, but rather in an abandoned field calling out plaintively to his maker in his darkest hour of need. And "You Shine" is shot through with a optimistic, lilting joy assured to cheer on even the most despondent of souls.

Needless to day, by this point, much of the anthology's material has appeared on a veritable plethora of releases from both Doerksen and other performers. Such duplication inevitably opens wide the door for the more finicky members of the audience to argue whether or not the compilation features the most ideal rendition of this or that particular track. That said, the lion's share of this type of discourse is subjective and of little ultimate avail. Likewise, regardless of the specific permutations of its featured songs, the Ultimate Collection succeeds nicely in its ostensible task of gathering Doerksen's strongest and most popular tunes in a single place. And listening to these stirring compositions one after another in a single sitting, one can't help but see why the unassuming Canadian has slowly but surely come to be regarded as one of today's most successful and respected modern worship artists.