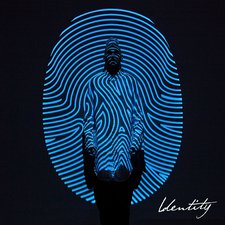 As Tyler Joseph of Twenty One Pilots says, "singles on the radio are currency." Because of this, many artists and labels have lost touch with the art of using an album to create something greater than the sum of its parts. Colton Dixon and his team at Capitol CMG are seeking to rectify this with his third album, Identity. One look at the track list of the deluxe edition of Identity and it's clear that this is a conceptual record, something not commonly seen from radio-friendly CCM bands and artists.

Throughout Identity you will find anthems for the underdog and songs of encouragement, tied together in their discussion of the three parts of man: the mind, the body, and the spirit. Additionally, the 17 songs are all swept up in an overarching theme of our identity in Christ--both as individuals and collectively as the church. The narrated interludes "The Mind," "The Body," and "The Spirit" (all part of the deluxe edition) break the album into three parts with the handful of tracks that follow loosely relating to that theme. For example "All That Matters" and "Technicolor" pertain to the mind: "change the view / redirect my sight." The connection is loose, but tangible. Unfortunately, the mind/body/spirit concept is all but lost on the regular edition which excludes the three "instrumental" tracks.

Dixon's exploration of a concept is commendable aspect of this record, but the best part of Identity is what he has always been known for: his ability to craft a catchy tune, and the quality of his vocals. Many tracks highlight these two strengths, whether they are upbeat or mid-tempo, and are delivered through Dixon's genre of choice: pop. Though the songs have a pop base, they also incorporate a healthy variety of cinematic and electronic elements, most notably in the theatrical "In My Veins" and the fun "Down." However, it's "Autopsy" that takes the cake for stepping out of his comfort zone with extended use of falsetto over an ambient piano and string backdrop. This minimalist sound is paired with thoughtful lyrics like "tear apart my heart and soul / my every inch, take it all / but I am more than skin and bones."

While there is a lot to admire about this album, Identity does have one significant flaw. Despite the variety, the execution of each song is generally pretty safe, both lyrically and musically. There are a few exceptions to this such as the aforementioned "In My Veins" and "Autopsy," but for the most part, the songs exist in the tension of wanting to be outside of the box yet also achieve radio play. Their reluctance to commit one way or another hinders their potential. "High" and "Technicolor" are prime examples of this indecisiveness.

Fans of Colton Dixon will find a lot to love about this record. This is also a good introduction to concept albums for listeners who are new to them. There is a noticeable shift away from his rock side (the deluxe edition track "Warriors" being the only full-fledged pop/rock song), but this actually makes this album more accessible than his previous records A Messenger and Anchor. If you are planning on checking this album out, you should go with the deluxe edition to get the full experience. The interludes, although skippable, are important in communicating the idea behind the album and some of the strongest tracks--"In My Veins" and "Autopsy"--are only available on the deluxe edition.

As someone who loved Colton Dixon's debut and liked the follow-up, it pains me to say that the singer's relativity young career continues its downward trajectory on Identity. Easy comparisons abound: "Identity" sounds like The 1975, "All That Matters" sounds like Justin Bieber, and "Technicolor" ironically sounds like Jesse McCartney's In Technicolor. That last reference is informative, revealing how this 2017-pop sounds like a cheaper version of 2014-pop. Only the lead single, "All That Matters," has a memorable chorus, one with bite. The rest is fairly toothless, while the most experimental songs, "Warrior" and "I Would Choose You," fall flat. "Human" has moments of musical transcendence that are hampered by laughable lyrics, a retread of one of Dixon's greatest songs, "Scars." Only "AUTOPSY," the piano ballad that concludes the deluxe edition, really works; it's a gorgeous, well-written number that displays Dixon's range and far outclasses everything preceding it. Words like "epic" and "grandiose" probably came up often during the recording of this album, but those superlatives are never actualized; Dixon's producers should take note that Identity's greatest achievement, "AUTOPSY," is the one song where those "epic" and "grandiose" drums and synths are stripped away. - 3/26/17, Chase Tremaine

After making waves on American Idol, Colton Dixon has become a staple of the CCM industry in just a few short years. Having already delivered two quality albums (and a double EP), Dixon's third LP, Identity, sees the artist scaling back the rock elements in favor of more radio-friendly pop. Elements of Dixon's musical brilliance often shine through (for example, with the phenomenal "Autopsy" and "In My Veins"), but aren't quite enough to pull the album out of mediocrity. Dixon's talent is undeniable, but he needs to capitalize more on the aspects which set him apart from the crowd if he is to "soar and shine" with his full potential. Regrettably named, Identity may just be what Dixon risks losing amidst an industry full of cut-and-paste clichés. - 2/24/17, David Craft