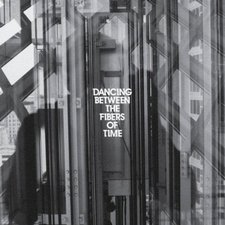 Anberlin
Dancing Between The Fibers Of Time

Pop-rock quintet Anberlin released three LPs and one B-Side/cover compilation during their time with Tooth & Nail Records. In 2009, the label released Blueprints for City Friendships: The Anberlin Anthology (BFCF). The Anthology offers Anberlin's three Tooth & Nail LPs for the price of one album. That's why the release of Dancing Between The Fibers of Time: The Tooth & Nail Years (DBTFT) seems to be a lame attempt by the label to cash in on the band's recent successful tour with Switchfoot. DBTFT contains only one track ("Haunting," which was first released on the digital single for "Godspeed" in late 2006) that was not featured on the Anthology. BFCF is three albums for the price of one, and is a stunning and nearly comprehensive introduction to one of the best pop/rock bands in the United States. Dancing Between The Fibers of Time is not.

There are two basic purposes of a "Best of" compilation: a) to offer a collection of an artist's hits that the casual listener will find appealing enough to purchase or b) to present a condensed collection of an artist's artistic highlights. Thus, there are some very questionable song choices for this "Best of" album. The first is glaring: the omission of the epic closer from 2007's Cities "(*Fin)," which is arguably the band's best track, is simply unforgivable. Other puzzling decisions resulted in the absence of fan favorites "Cadence," "Adelaide," and "We Dreamt In Heist" and the presence of the musical and lyrical weaklings "Never Take Friendship Personal" and "Foreign Language" on DBTFT. It would be ideal to feature a couple of the band's standout covers from Lost Songs (Particularly Bob Dylan's "Like a Rolling Stone," The Smiths' "There Is A Light That Never Goes Out" or Depeche Mode's "Enjoy The Silence") in order to appeal to fans of those well-known artists. Including the heartfelt acoustic version of "Naïve Orleans" or teen anthem "Audrey, Start The Revolution!" would have been wise artistic and change-of-pace selections. In essence, DBTFT fails to be what it claims it is: The best of Anberlin's Tooth & Nail years. It is some of the best, but it is not the best.

Obviously, standard fare (commercial hits "The Feel Good Drag," "Godspeed," "Paperthin Hymn," and "A Day Late" are all righteously present) is correctly included. "Unwinding Cable Car" and "Haunting" are excellent showcases of the band's softer side and lead vocalist Stephen Christian's outstanding talent. However, the absence of so many great tracks from Anberlin's Tooth & Nail tenure prevents DBTFT from being a truly viable Best Of collection for that period of the band's career. This album simply does not do justice to the band's early brilliance.

Essentially, there are two reasons to buy Dancing Between The Fibers of Time: a) You are an Anberlin collector/completist or b) you are looking for an introduction to the band and don't like the idea of getting three albums for the price of one. If you have not heard Anberlin, go buy Cities, the afforelauded anthology, New Surrender, or Light Is The Way, Dark Is a Place--anything but Dancing Between The Fibers of Time. If you are an Anberlin fan, you likely already have all of these tracks.

Anberlin's best years were arguably with Tooth & Nail Records, but ever since the quintet signed with the major label Universal Republic Records, T&N hasn't stopped looking for more ways to keep selling their work. Dancing Between the Fibers of Time is a "greatest hits" collection of sorts, and depending on which fan you ask, it wavers somewhere between incomplete and flat-out misinformed. While all three of Anberlin's T&N albums are represented equally with four tracks apiece (with "Haunting" thrown in), thirteen tracks simply isn't enough room to properly construct a compilation like this, and some songs (namely "Foreign Language" and "Change the World") just aren't notable enough to warrant inclusion. For a better value and a more comprehensive picture of Anberlin's T&N days, newcomers should instead invest in the three-disc anthology Blueprints for City Friendships released three years earlier. - 5/10/12, Roger Gelwicks of Jesusfreakhideout.com