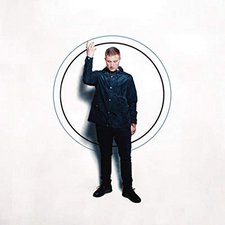 
For those who are not entrenched in the CHH scene, the name Ty Brasel may be unfamiliar to you, but hes quickly making noise in the hip hop scene. Recently, he has collaborated with the likes of KB, Lawren, and Trip Lee, and even received a Dove Award nomination for Rap Song of the Year for Praying Hands (Remix). The Memphis rapper recently said of this album, This project journeys through my life as an artist and a man, finding hope in my darkest of moments, so that I can help others do the same. Destined For Greatness is an album about the tragedies and triumphs of life. Although life presents many ups and downs, it is possible to find great purpose in all of lifes experiences.

Destined For Greatness is basically two parts (Part A and Part B); the first set of tracks have been available for the past few months, while the remaining eleven tracks are new material. This two-part project kicks off with In The Beginning, an introduction to Ty and his story as he flows wonderfully over some solid production. The Game follows, and the scene is set for the waging war of the rapper's soul as Ty continues his journey focusing on the dark times, striving for the light, and trying to comprehend the plans God has for his life. Praying Hands comes on next and its a banger, as Brasel flows Look T, he balling like Wilt Chamberlain. Hot stove cook up the dope, come and taste it. The lyrical fire does not stop there with 444+333 God Is Perfect, containing Fortified in the fortress, this the calm before the storm, the forecast gorgeous, and Shine On with If I get high enough inside the outermost, I could come back with heavens hopes, Standing on top of this mountain I see it, Glory and triumph from Zion my Freedom. The idea of keeping a God-focused perspective is driven home to the listener with each track on Destined For Greatness.

The Journey and Praying Hands II come near the middle of the listen and continue Tys journey as he rhymes with his unique vocal sound. At times, Ty purposely keeps things raw and untidy as he rhymes with different paces and flow, but the overall sound mixed with the stellar beats comes out great! God Son contains great one-liners, such as Im on the court, I got Yahweh at the center, while the rapper purposefully slows the album down and delivers a more chill vibe with Ascending and Withdrawals. The idea that life is full of both good and bad times, coupled with the reminder to focus on God, is constantly at the forefront. All At Once ends this eighteen-track release and its a staple Ty track with the rapper at his best. His flow is purposefully not following any particular pattern and he just rhymes in a fluid way that you cant help but nod your head to.

In the end, this is a great first major release and the impression of finding hope during hard times can be heard throughout the entire album. Ty has dropped a solid release and one that I will be bumping for a long time to come. Ty Brasel definitely has the kind of sound that people will either love or dislike, but I totally dig it and think any fan of the CHH scene should be checking this out.

Record Label: 4 Against 5, A division of Curb | Word Entertainment LLC