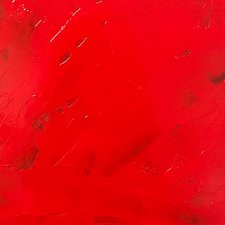 
2019 is turning into a great year for fans of the defunct "label" Mars Hill Music, with Kings Kaleidoscope releasing Zeal, one of the best albums of the year to date, and Ghost Ship releasing a new single as they approach the follow-up to 2015's wonderful Costly. Now we have the new album Fear from the band that refuses to be easy to Google: Citizens, dropping the "& Saints" that was attached to their name during their BEC Recordings era for the band's first release with Humble Beast Records. Fear is a logical next step for the band, repurposing some of the best elements and styles from Join the Triumph and A Mirror Dimly for a bold step into alternative music.

The title track opens the album on an ominous note, melding big 80's synths into the band's darker rock sound more cohesively than ever before. Strip these synths away, and the song would actually fit perfectly on the more guitar-led A Mirror Dimly. This makes "Fear" the perfect entry point into this brand new direction, which is revealed to be a more stark departure from the band's past once you hear songs like the peppy single "Looking Up." Meanwhile, "Everything for Nothing" has the dance party feel and horn sections of Join the Triumph, but it's presented with more mature dynamics and lyrics, as Zach Bolen sings, "When I give all I have in vain / It doesn't matter what I build if it crumbles down anyway."

The album hits its apex on "Out of Sight," where clanging pianos and acoustic guitars get added to the layers of synths and electric riffs to create an adventurous backdrop for Bolen's introspective lyrics, which see him moving further and further away from CCM/worship music. In fact, you won't hear "God" mentioned in any of these ten tracks, but Christianity is obviously the foundation undergirding it all. This is perhaps most obvious on "The Wait's Not Easy," echoing Paul's conflicting desires to stay on Earth and to join the Lord in Heaven in Philippians, or on the closing track "Take Heart," where Bolen makes the always-risky decision to sing from the first person perspective of Jesus, using quotes from Scripture to offer encouragement to believers through Christ's promise that he has overcome the world.

A few tracks overstay their welcome, namely "Am I Brave?," but this is predominantly a dynamic and engaging release with just the right amount of polish and production, especially for an album that was crowdfunded. This Kickstarter actually tripled its goal of $20,000 (after reaching that original number in only eight hours), which means the band should have two new EPs in the works in the near future. For listeners who aren't into the modern sounds and veiled lyrics of Fear, you can look forward to one of those two EPs being specifically written for congregational worship -- which is a great reminder that Fear is not the sound of a band running away from their church band roots, but rather the sound of a band diversifying their discography and flexing their musical muscles. When the results of that exercise give us songs as great as "Out of Sight," or the epic yet grooving "Past" (recalling The Suburbs-era Arcade Fire), then Citizens fans of all stripes should have no fear about where this band is going.