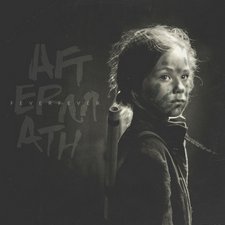 class="coversize" align=right> Early Thoughts...
Slospeak Records is a name well-trusted for quality music, and they're very independent-friendly as well, so you never really know who might turn up on their label. Their latest signing is a relatively popular group called Fever Fever. Aftermath is a tremendous debut album, with influences ranging from Mumford & Sons to MuteMath to The Killers. Fans of their indie work will be very pleased with songs like "Aftermath," "Sea Meets Earth," "Windward," and "Hope Is A Child's Toy." Aftermath is an album that will appeal to fans of poppier music as well as fans of more experimental indie music, and I recommend that all such people pick up a copy when this drops on the 16th... - Preview Review date: 8/30/14, written by Scott Fryberger of Jesusfreakhideout.com --->

With independence from a record label currently being a very popular thing in the music industry, it's getting more and more surprising when a label signs a new band. Especially when that band seems to be doing rather well as an independent act. Take Fever Fever for instance. While not a household name, Fever Fever has been going rather strongly for the past six years, but they've recently signed up with Slospeak Records for their 2014 album, Aftermath.

Fever Fever is a band that really seems to know what they're doing, as evidenced by the twelve songs they've selected for Aftermath. While there are a few moments that are less intriguing than others (such as the length of the instrumental interlude "Windward"), there are an abundance of highlights to note. The title track is a good place to start, and that just so happens to be where the foursome chose to start. As with other Slospeak newcomers Golden Youth (the vocalist of which, Stephanie Lauren, makes a slight appearance in "Aftermath"), Fever Fever doesn't shy away from using a variety of instruments and sounds. The opener itself uses strings and what sounds like an electric accordion as the main instruments with loud (but not overbearing) drums taking it home. Guitars and bass are plentiful, and they're used well, providing interesting and lovely melodies, but the experimentation makes it all the better and is much appreciated, speaking as a fan of indie pop. Throughout the course of Aftermath, we're treated to whistles, more accordion and string sections, synthesizers, hand claps, keyboards, harps, pianos, xylophones, and banjos; and in several cases, these take the place of the guitars as the main instrument. Now, of course, a plethora of instruments doesn't always make for a successful album release. It's easy to over-do it. But this isn't the case with Aftermath.

I have a hard time saying that any particular portion of the album is stronger than the other portions (however one would break those down), but for myself, the most memorable and catchy songs are just about all in the first half of the album. "Aftermath" is a catchy opener that got me interested in what I was hearing, with a well-written hook ("But in the aftermath of Your reckless love, I felt more alive than I ever was, before my ruins fell I felt damned to hell, and now my spirit flows on loving sails"), and "Blue" kept that interest alive, but "Hypnotized" is where I really realized that I was liking what I was hearing. A lot. Though these are all very strong tracks, my first real love on the journey is "Sea Meets Earth." A gently-strummed guitar and near-tribal drums lead you in to what turns out to be a love song with the story starting where the love started. My absolute favorite song of the bunch, however (and it was pretty difficult to narrow this down), follows the needlessly-long "Windward," and is titled "Fingertips." Another love song, it follows in the vein of bands like Mike Mains and the Branches and Walk the Moon (with some hint of Mumford & Sons), and features a sound that would be equally as welcome on a modern alternative as it would a pop station. I absolutely love the chorus: "I want you more and more than I knew, I cannot take my eyes off of you, if you're a storm I'll dance in the rain, you took me in and swept me away, I'm tossed and turned and thrown by the wind, this is an orchestration of beautiful moments that I don't want to end, I'll hold on by my fingertips." It's a song that demands replays, and again, is my personal favorite of the twelve tracks.

Fever Fever have truly delivered a fine product for their first label release. Aftermath contains many treasures, and it's an album you may go back to quite often thanks to its superbly-written instrumentation and catchy pop hooks. They will have such a wide appeal, too, possibly reaching fans of bands like Jars of Clay, Imagine Dragons, The Killers, MuteMath, Mike Mains and the Branches, Snow Patrol, and more; I can easily recommend this to just about anyone. And the good news is that they have so much potential that they can only get better from here.

Slopeak Records has been one of the more exciting labels in recent years, mainly because of the consistent high quality of their signees. Known to stretch artistic limits and diversify within genres, Slospeak artists are a special breed, which makes indie rock outfit Fever Fever a perfect addition to the roster. The Columbus, Ohio natives have quite a bit to offer with their Slospeak debut, Aftermath, and with the attention-grabbing title track (featuring Golden Youth's Stephanie Lauren on sinfully subtle background vocals), the band's inventive nature is evident right away. All the way through, Fever Fever enacts an organic alternative rock sound with creative percussion and spare electric guitars; every band member can play several instruments, and this results in a successfully varied approach for each track. Other than "Beautiful Dream" (an unpolished track lifted from Fever Fever's unsigned days), most every song feels purposeful and belonging, giving credence to the album's whole. And though Drew Murphin more than carries his own as a lead vocalist, he's able to simultaneously let the music speak for itself, giving the entire project a harmonious vibe. Some lyrics can border on "sensitive guy" territory ("Sea Meets Earth," "Fingertips," "Beautiful Dream"), but the songwriting is usually quite excellent and keeps the album fresh after multiple listens. While not quite a watertight effort, it's indicative that Fever Fever haven't hit their ceiling, and this makes for a promising future. Aftermath pays off as one of the finest debuts this year, and Fever Fever will be a group to watch in the coming years. - Review date: 9/14/14, Roger Gelwicks