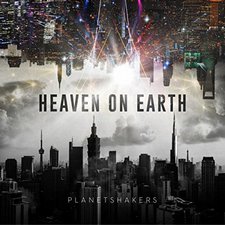 Planetshakers
Heaven on Earth, Pt. One (Live in Asia) - EP


In keeping with its last three outings, the latest Planetshakers release is a live EP. And, much like the three extended plays that have come before it, Heaven on Earth - Pt. One is, by and large, a case study in peaks and valleys. The ethereal, minute-long EDM-leaning intro to "There Is No One like You" creates a palpable sense of expectation that draws the listener into its gentle ebb and flow before breaking out into an equally-stimulating, stadium-ready chorus -- the juxtaposition of which render each of its constituent parts that much more engaging.

"The Greatest," on the other hand, is a pleasant enough slice of bubblegum pop, but one that doesn't quite acquit itself thanks to its mostly generic groove and less than solid melody line. The band rights the ship convincingly, though, with the album-defining eight-plus minute cut, "Above All Names," whose beautiful piano-based power balladry manages to be, at once, beautiful, intimate and grand. This is immediately followed, however, by the largely generic final number, "Not Alone."

It should be said that nothing that transpires between the first and last song is out and out unpleasant. Even so, the presence of the two stronger entries only serves to set the weaker tracks in that much clearer relief - a particularly off-putting state of affairs, given the fact that that the more impressive material highlights just what sort of unique and engaging material the long-standing band is capable of crafting. Fans of the group will want to scoop this up, post haste. For everyone else, the best approach would be to gather together the strongest cuts from the last few EPs and full-length efforts and create their own best-of playlist.