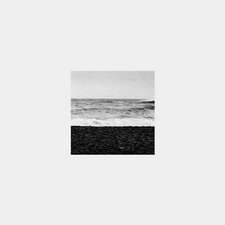 
Because of the glut of new worship albums and songs releasing weekly, it is very difficult to keep up with all that is out there on a week-to-week basis. Further adding to the issue is the frequency that many churches are releasing annual projects, almost to the day of the prior album. Often these releases contain twelve, to sometimes eighteen, new tracks to weed through. This makes it difficult for the lesser-known bands/brands to catch the ear of the average worship music listener. Refreshingly, Free Chapel Music's church albums seem to be coming at a more sporadic pace than others; but have they done enough with their Here I Am EP to gain new listeners?

"Never Ending Faith Anthem kicks off the EP with an upbeat declaration that, This is the beginning/of the never-ending anthem well be singing/higher and higher again. The track could fit alongside many others in the genre, with keyboards and drums factoring highest in the mix. "Perfect Love continues what track one established with the late 80s/early 90s style of electronic drums and synthesizers driving the track forward. This somewhat retro musical style begins with an almost island keyboard part sliding into the verse, Perfect love is true love/every other lover wont be enough/you pull out the fear in me/then you fill my empty with perfect peace. Then the chorus joyously proclaims, Nothing in this world can separate us/now and forevermore/Jesus youre the love that wont forsake us/now Im forever sure.

"Oh That Blood" follows with the longest runtime at six-plus minutes, but it doesnt feel as though its overstaying its welcome. The best part of the song comes at the 3:50 point with the slow build into the bridge that surges back to the chorus. It features some excellent lead guitar lines and piano accents throughout that give texture to the mid tempo tune. Ending it on a true high note with a soaring guitar solo was a nice touch to keep things interesting with the longer track time. Perhaps it was intentional, but "Command My Soul is eerily similar to hymn How Great Thou Art with Free Chapel maybe weaving in similar lyrics or offering Command My Soul as an homage. Either way, its a short, but satisfying end to the EP.

If youre looking for one or two tracks to download, Here I Am and Oh That Blood could fit that bill depending on what you are looking for. Though overall a good release, Here I Am is held back by some lyrical cliches and occasional lapses into bland musicality. With that being said, this is a strong collection of songs that gives a taste of potentially great things to come.