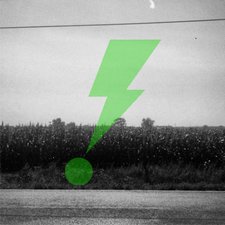 Various Artists
I Am Living 2012

Chad Johnson's vision to form an unconventional record label that gave away its music seemed like a huge risk at first. But the God-fearing organization known as Come&Live! has been blessed over the past three years and has seen many album downloads, huge support from fans and friends, and many lives changed for Jesus -- not to mention a fast-increasing roster of artists who have decided to partner with the group. To give fans a little taste of recent and upcoming music, the label released its second sampler, I Am Living 2012.

Come&Live! has put out a lot of music over the past few years. A small selection of what's featured on I Am Living 2012 is unreleased material. My favorite part of this sampler is the double dose of tracks from Showbread's coming album Cancer. "I'm Afraid That I'm Me" and the provocatively-titled "Sex With Strangers" harken back to the No Sir, Nihilism Is Not Practical days. "I'm Afraid That I'm Me" is also a very progressive song, incorporating a lot of different styles of rock and alternative (even a short ska section, oddly enough). If these songs are an indication of the quality of Cancer, it could be one of Showbread's best albums yet. There's also a new song from one of the newest signees, Nonparell. Their song is called "King of Glory," and it's a fairly accessible worship tune that will easily appease eager ears, but it also features some indie-based music that goes beyond the realm of mainstream worship music. While technically not listed as a Come&Live! artist on the label's website, Parachute Band offers up an instrumental piece called "Consecrate" from their recently-released EP, Vespers (this sampler released before Vespers). It's a calm and soothing track, and the piano is beautifully-played. The last track of the sampler is "This Is A Kill" from White Collar Sideshow's forthcoming The WitcHunt. I've always found it rather odd to just listen to White Collar Sideshow, as the audio is only a portion of the overall experience. White Collar Sideshow must be witnessed in person at a show. However, "This Is A Kill" is a good listen for those who enjoy industrial and/or old school nu metal acts.

Everything else on I Am Living 2012 was released prior to the sampler, though most of it was released by Come&Live! in 2012 ("Sound of You" from The Ember Days and "Kaleidoscope" by Levi the Poet being from the latter half of 2011, as new albums from both artists have not yet begun the recording process). Some of these songs are from Come&Live! veterans; other than the previously mentioned groups, we're treated with music from some familiar names, such as Ascend the Hill, Lovelite, The Ember Days and See The Light, all of which offer terrific tracks from their recently-released albums (I especially recommend picking up Ascend the Hill's O Ransomed Son and Lovelite's In Three Persons for some wonderful indie rock and eletronic pop, respectively).

What's cool about this sampler is that, while Come&Live! has put out many releases over the years, the majority of this compilation is composed of artists who are new to the label. Fourteen of the tracks make up the "new artist" portion. And what's even cooler is that just about all of it comes with recommendation from this reviewer. If you're into mainstream worship groups that dominate the radio waves, you'll fall in love with We Are Creation's live version of "At Your Feet," Edge | Kingsland's unreleased, semi-instrumental "Coda," and Tongue&Pen's "Sons and Daughters." Fans of indie music will enjoy "Glorious" from The Walking Tree, "Grace" from Love Is, and "Creation Song" from Civil Parish. There's even some material for those who are even further away from mainstream, such as "I Give It All" from the second hardcore band on the sampler, Sobre Todo Nombre, the Americana/Jesus Music song "Wounded Healer" from the acquired taste of The Followers (featuring Josh White), and the emotional and touching spoken word piece from the one and only Levi the Poet. Of the new artists, the only ones I really wasn't too enthralled with were We Are Creation and the repetitive song choice from Loud Harp. They're decent tracks, but seem to pale in comparison with the rest of the sampler.

Normally, I would find myself annoyed that a free sampler contained a big bunch of songs that have already been released prior to the sampler's debut. In this case, it came out at a good time. Come&Live! signed a bunch of artists (or at least announced their signing) within about a month or so of each other, making it somewhat difficult to keep up with their releases. So it really helps to figure out which of the releases I'd be interested in and which I wouldn't (of course, it ends up being most of them, anyway!). So it was a perfect time for a sampler, and Come&Live! makes great use of it. Give this a download, and hopefully you'll find a new artist or two to love and support.