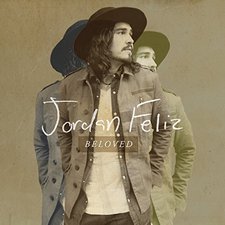 
While the average music fan undoubtedly realizes that not every artist manages to compose a Number One radio hit, he or she might nevertheless be surprised to learn just how long it took some of the most iconic members of the Christian music-making community to achieve that vaunted feat. A fresh-faced Amy Grant began her career in the late '70s, but it wasn't until her tenth single, "Sing Your Praise to the Lord," that she managed to hit the top spot in the early '80s. dc Talk front man, TobyMac, went Grant two better, releasing eleven tracks to radio before his twelfth single, 2006's "Made to Love," finally made it to the pinnacle position. And even relative long-timer Steven Curtis Chapman, who by this point has probably built a separate room onto his dwelling to house his nearly 60 Dove Awards, had been practicing his craft for nearly a full half decade before "No Better Place" made it to the catbird seat in 1991.

All of which makes Jordan Feliz's first foray into music that much more impressive. Leaping off the starting block like an Olympic sprinter, his inaugural single, "The River," wasted no time darting to the top of the inspirational airplay chart where it sat perched there for nearly three months straight before going on to attain Gold certification by the RIAA and net Song of the Year nominations and awards from a veritable host of Christian radio and print outlets. To label it an unexpected success would be an understatement. As out of the blue as its mercurial rise may have been, looking back, it's easy to see just why the cut was so massively popular. Filled to overflowing with driving rhythms, an instantly hummable tune, and Feliz's distinctive pop-meets-rock-meets-soul vocalizing, the track sounded noticeably different (in the best way possible) from the lion's share of what played on contemporary Christian radio.

Although "The River" is far and away the most invigorating entry on Feliz's debut album, Beloved, the Clovis, California, native does come pretty close to recreating its magic at one or two other points during the proceedings. The slower, but just as groove intensive, "Simple," shows that his inherent funkiness and enthusiasm are undimmed by a left spritely beats-per-minute count. Similarly, the gospel-leaning vibe of "Rejoice" lends it a weight and depth that it might not otherwise have possessed. In fairness, though, the rest of the record is a far less engaging affair. "Dancing through the Fire" is undeniably peppy, but suffers from a lack of discernable melody. In the same way, Feliz's emotive singing, admirable as it is, still isn't sufficient to vault the ultimately plodding title cut above the domain of the mostly ordinary.

Those whose first Feliz-related purchase was his full-length second release, The River, might be tempted to retroactively pick up Beloved on the merit of its four "song session" compositions which, unlike the better part of the freshman album, weren't replicated on the sophomore outing. Their attraction to completists notwithstanding, these stripped back versions of "Beloved," "The River," Ed Sheeran's "Photograph" and Needtobreathe's "Brother" don't differ significantly enough from their full-on studio versions to render them anything more than pleasant, but ultimately superfluous, curiosities. None of this is to say that Feliz's inaugural effort is hardly an out-and-out losing proposition. To be sure, if nothing else, its lesser tracks show that his label was more than a little savvy when it came to choosing which of its numbers keep and which to drop for the follow-on project. When all is said and done though, though, while it certainly stands as a commendable enough opening bow, Beloved still winds up playing out as a mere prelude to its more cohesive and fully-formed follow-up.