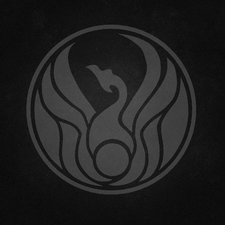 
Fans of Christian rock and rapcore around the turn of the century probably remember Ardent Records trio Justifide. After two albums and a lot of trials, the band decided to take another direction. With the departure of guitarist Joey Avalos, the Moncivaiz brothers (Jason and Sambo) went on with a new band called Reform the Resistance. More than a decade later, with that band still producing new tunes, Justifide is at it one more time, with a small collection of re-recorded demos. Justifide presents The Vault Sessions.

Now, before you give this EP a listen, keep in mind that these songs are kind of demos. Some of these songs were only in their infancy when Justifide disbanded, and others were merely guitar riffs stored away on a hard drive that the band only recently fleshed out. But this is not a studio album; it's a collection of five songs to say "thank you" to the band's fans and supporters, and all the songs really have their own feel. The Vault Sessions does have a proper intro song, though, in "Live 4 Forever." This is a good example of the classic Justifide take on rapcore, but brought into today's modern rock scene. "Hail, Fire, and Rain" changes things up a bit; no rapcore here, but a sound similar to something you might hear from a band like Decyfer Down or Day of Fire. It's a less-polished song with a purposely-out-of-tune sounding guitar line laced throughout the song. It's a hard song to get into, but it has its moments.

In the middle of the EP, "Stay" slows the pace down and brings with it a power ballad sound, a la The Deftones. It features solid instrumentation and a more prominent bass section with a scream-filled more aggressive, yet still rather subdued, chorus. "The End" follows, and serves as the EP's highlight. I feel like the best way to describe this song is to say that it sounds like what Justifide would've sounded like if we had gotten a third studio album from them. It's a lot closer to something from The Beauty of the Unknown than to Life Outside The Toybox. And on that note, we come to the final track of the bunch, which happens to be an acoustic version of "Pointing Fingers (I Don't Care)," originally from The Beauty of the Unknown. The former rock song actually translates pretty well into acoustic form, although the rapping does take a moment to adjust to. It's quite a treat, though, to hear an old favorite reimagined more than a decade later.

While The Vault Sessions will appeal mostly to those who knew and loved Justifide when they were active, other modern rock fans may take interest as well. The rockers took some old tunes and did what they could to make them sound like relevant additions to today's music scene, and they succeeded. From the sounds of it, this doesn't seem like the band is making a comeback, so don't hold your breath for a new Justifide studio album, but be excited about these five tracks. And make sure to follow the Moncivaiz brothers in their long-running, post-Justifide rock band, Reform the Resistance, as they just released a new studio album called Dos. But while you're at that, pick up a copy of The Vault Sessions, regardless of if you're an old or new fan.