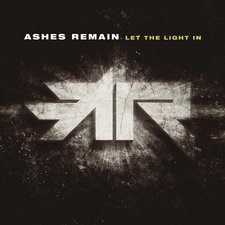 Ashes Remain
Let the Light In


On the surface, Let the Light In by Ashes Remain may seem like a typical Christian pop-rock record, complete with worshipful ballads and rockers that are just heavy enough for fans of radio rock. Although many albums fit this description, this one shouldn't be swept under the rug. Ashes Remain may not give us something we've never heard before, but they add their own character to make this seemingly-average album something special.

In the opener, "Rise," the band throws us into full-on rock with gritty, passionate vocals, a melodic guitar hook, and a straightforward yet pounding beat. Also in this song, we get a little taste of what's to come from virtuosic guitarist Rob Tahan with a brief but effective solo. "On Fire" is a funky rocker that shows off vocalist Josh Smith's versatility and range, while Tahan wows with more highly technical soloing. The following track, "All of Me," is by far the most radio-friendly since it follows a familiar formula and general mid-tempo rock sound. That being said, this track distinguishes itself from many others largely due to Smith's passionate delivery. There's a lot of heart behind his raspy voice, which, particularly on this song, sounds like a wispier version of Joseph Rojas from Seventh Day Slumber. Like Rojas, Smith brings as much emotion as possible when he sings, "I won't be afraid / to bring my faith, to bring my doubtall that's broken, healed and somewhere in between." Smith gives an even more moving performance in "Always Faithful," where he declares God's steadfastness in full voice: "You are always / always / You are always faithful."

"Six Feet Down" continues the hard rock swagger of "Rise," evoking the ardent vocals, snarling guitars and pounding drums of old-school Pillar. Unfortunately, "Greater Things" lacks the musical and lyrical passion of Let the Light In's other mid-tempo tracks, and is the only weak spot of an otherwise great album. The band, however, quickly redeems themselves with "Captain," mashing danceable mainstream pop-rock with the darker shades of 90s alternative and 80s-style guitar shredding. In short, it's a fun jaunt through rock subgenres that works really well. "Criminal" is another solid rock tune, though it lacks the adventurous quality of "Captain" and the intensity of "Six Feet Down." Even so, "Criminal" has some of the greatest musical moments on this record. Guitarists Rob Tahan and Ryan Nalepa do some great harmonizing, and Tahan busts out another amazing solo that combines frenzied, Van Halen-style tapping with blazing legato riffs.

"Follow" and "All I Need" close Let the Light In on a reflective note. "Follow" is a pretty song that continues the heartfelt worship of "Always Faithful" as Smith belts, "I'll follow / you till the end 'cause no other / could ever come close." This song also boasts a soulful and appropriately simple guitar solo, providing a nice setup to the bluesy, worshipful closer, "All I Need." The final track leaves listeners with a simple but important message: no matter what we go through in life, Jesus is all we need.

Aside from the rare weak moment, Let the Light In is a solid pick for those who like honesty, passion and good old-fashioned shredding.