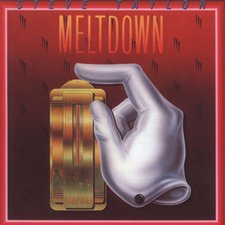 
1984 was a big year for Christian music. While artists such as Amy Grant and Michael W. Smith could be counted on to produce popular Christian content that had mass appeal within the CCM community, Steve Taylor had other ideas. His EP, I Want to Be a Clone, had already established him as an artist who was not interested in sounding like everyone else, and Meltdown proved that he could grow as a songwriter and performer, introducing the Christian community to his quirky, witty, and sometimes biting lyrics about Christian culture, morals, and injustices.

On Meltdown, Taylor manages to embrace the new wave trend of the era with plenty of synthesizer and guitar without actually trying to sound like someone else. It is a style that is all his own and has helped it stay much more musically relevant than other Christian music from 1984. Whether satirical, emotional, or encouraging, his thoughtful and skillful songwriting with clever double meanings makes the listener think and contemplate the music.

Taylor's lyrics are unashamedly in-your-face and mention many individuals in the Christian and secular culture by name. As you can imagine, this offended many listeners at the time. If the sarcastic and sometimes heavy-handed lyrics won't turn off unfamiliar listeners, it may be the instrumentation that will. The synthesizers may make many listeners cringe, but the instrumentation is also one of the album's greatest strengths. It stands out from much of the music coming out of CCM at the time, and isn't nearly as dated as some of that music. Meltdown has even aged better than DC Talk's and the Newsboys' early works.

Steve Taylor broke ground in Christian music that few were willing to do, frequently writing about things that the likes of Steven Curtis Chapman and Michael W. Smith never would. He showed that truly great Christian music can be made. Meltdown is an essential and refreshing pick for an avid fan of eighties Christian music, but his sarcastic and to-the-point songwriting is certainly an acquired taste.