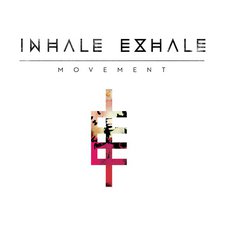 Hailing from Cleveland, Ohio is Inhale Exhale, the four piece experimental metalcore group. After three albums released with Solid State Records, Inhale Exhale has signed with Red Cord Records. And after three years, what could we expect from this group? Degression or Progression, or maybe a mix of both? It actually is a major progression with a hint of degression.

The album kicks off with "Aesthetics," which is probably one of the least impressive songs on the disc. It's not that it's terrible, by any measure, but it just didn't seem to stand out after listening to the rest of the album. Following the opening track is "Party Drama," easily the strongest track on the album, and to our satisfaction, the longest, clocking in at 5 minutes and 22 seconds. John LaRussa's guitar is impeccable in this song. Ryland Raus's screams keep getting better with each album and this song shows that. Then, we have the song "A Poise For Poison," which starts off very reserved, with some average cleans before it hits full speed ahead with double bass with some nice thick guitar work by LaRussa. It's also one of the best songs by drummer Tony Saffell. The song touches on what could be either lust, strip clubs, etc; hence the lyrics "She works the crowd just like it's her job turning their heads and dropping their jaws." and then later "You can not be contained by the whores of our generation. Feel free to break those ties and walk away." Halfway through the album, we get to the song "The Collectors," which is definitely a top song on this album. The guitar work I keep emphasizing is evident here, and the rhythm is spot on. The solid drumming adds to this particular song for the extra exclamation point. Just a side note: this song is about alien abduction. I don't see a way to make this song any way relevant lyrical wise, but it's fun and a nice change. "Low," one of the album's first songs released to the public, has the traditional Inhale Exhale elements and is a very solid track. Lyrically, it's very strong and contains my favorite line, "Awakening is in the eyes of the beholder." While the second half of the album isn't as strong as the first half, it's still very solid. "See You Later" is catchy in every way possible. This album for me is a combination of I Swear... and Bury Me Alive, which is not a bad thing at all.

You may be thinking right now, how I gave this a 4.5 and not a 5. To be honest, there were three songs that where just average to me, being "Mirage in the Middle of Summer," "Ain't No Trip To Cleveland" and "Carpe Diem." I'm not going to say they're "fillers" per say, but they fail to shred that "average" label in my opinion. Lastly, as much as I hate to say it, Ryland's cleans can work in some parts and some they just don't. This album has both. I wouldn't say he shouldn't try to not sing, by any means, but with the way his voice is, I love his screams more than the cleans. That for me, is more of a compliment because he is a very good screamer.

So, it seems that Inhale Exhale has not skipped a beat. Considered by alot as one of the most underrated bands in metal, this should solidify them as deserving. As I have stated several times in this review, LaRussa's guitar work and Raus's screams are the highlight of this album. It's my first time hearing Saffell's drumming, but the guy has talent and is a great fit for Inhale Exhale. This band is hard-working and always improving. Movement is their best record to date. They are passionate about what they do and I look forward to their future endeavors.