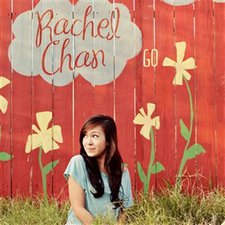 Record labels can find their talent in some of the most unusual places. In an attempt to sign artists for a younger audience appeal, in:cite media has acquired Rachel Chan for their roster, who's primary claim to fame is being the daughter of popular author/speaker Francis Chan (most famous for Crazy Love). At 16 years old, Rachel still has plenty of time to solidify her approach, and unfortunately, Go only serves to affirm this lack of experience and direction.

It is important to first realize the audience for which Rachel Chan is aiming, which is her own teen demographic. With this context in mind, some of the songwriting decisions found on the majority of Go are understandable and occasionally even admissible, especially knowing that Rachel co-wrote every song. From topics such as choosing the narrow road over the more attractive one ("As Close," "Even Here," "You And Your Love") to dealing with relationships and other life's simple troubles ("Prove It," "Lame"), Rachel has her younger audience in her best interests and she's able to relate very well. Her voice isn't an overwhelming element to her sound, but there's obvious talent to be heard with passion for her subjects at hand.

Speaking of subject matter, however, some tracks are hard not to wince at. "Prove It" is an easy example of a good topic to discuss that sadly results in a plain cheesy performance. Outlining the qualities of a good boyfriend, Rachel adds the disclaimer that before anything is "Facebook-official," he must prove his worth to her father ("He's already loved me for better and for worse/he makes it easy to identify a jerk"). Besides questionable rhymes like these (of which this is only one example from the album), Francis Chan himself even makes an appearance on the track, proving his talents truly lie in speaking and writing rather than in rapping. "Lame" isn't an improvement, where she proceeds to relay a corny list of all the things she dislikes in her adolescent life, and "Ready and Waiting" feels a bit on the self-righteous side where a Galatians 6:1 approach would be better ("It's not that I don't love you, I hope you understand/because of what you're choosing, I cannot be your friend"). Go comes from a place of teenage troubles, and not to belittle the songwriting's maturity, the subject matter isn't necessarily the issue - it's just rarely as well-written as it should be.

To borrow a line from Casting Crowns' Mark Hall, Rachel's musical backing is very much "the plate the [lyrical] meat is served on," but it's really too bad that the plate itself isn't particularly appetizing. Opting for a simple upbeat pop style, tracks like "As Close" and "Still Singing" have the potential to hook in easily-impressed listeners off the bat, while her attempts at ballads fare about the same ("You Must Love Me," "Resting in You"). On one hand, the music is successful in not detracting from listeners' hearing the words Rachel wants to communicate, but when the unfortunate simplicity of the lyrics is paired with the equally-unrealized sound, Go remains a mostly unremarkable project.

Rachel Chan's Go is yet another project fueled by the best of intentions but regrettably lacks in matching executed excellence. While her intended audience has the potential for encouragement as a result of the record, there's still far more accomplished efforts that can also speak to their experiences and struggles, whether in the pop genre or otherwise. Hopefully Go's successor will build upon this foundation to make a better impact as an artistic reflection of Rachel's heartfelt intent, but one should admit that Rachel Chan's debut is an easy record to skip with plenty of 2012 music still to make its move.