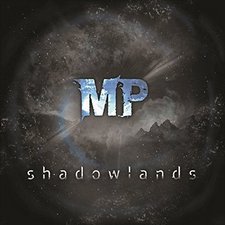 
In the spring of 2014, the Dream Label Group spawned Dröm (Swedish for "dream") Records to cater to Christian artists plying their trade in electronic dance music. Among the signees to the new sub-label is Michigan native Matthew Parker, whose national debut, Shadowlands, just happens to be the inaugural offering from the Dröm imprint.

Parker kicks off the proceedings promisingly with the swaggering, funk-filled "We Go," and the breezy, more distinctly EDM-inclined "Bleeding Hearts," both of which show the young artist to be a masterful practitioner of the pop idiom. From there, he turns his attention to dub ("Immortal"), electro ("Earth to Sky") and trap music ("MouseTrap") with slightly less striking, but still admirable, results.

His pop proficiency notwithstanding, too many of the remaining tracks fall shy, to varying degrees, of the bar set by the abovementioned five cuts. "I Can't Imagine" suffers from an overly busy and repetitive construction. The title song is agreeable but unremarkable. And the helium-voiced vocals of "Vita Brevis" are a bit too cutesy for their own good.

Equitably speaking, none of the entries on Shadowlands are out and out grating or substandard. And the appearance of guest stars like rappers Cash Hollistah and Skrip, hip-hop artist St. Matthew, and fellow DJ/producer eXecutive Decision does shake things up a bit. But even the sum total of these selling points isn't enough to recommend the album which, although consistently pleasant, is only intermittently truly engaging.