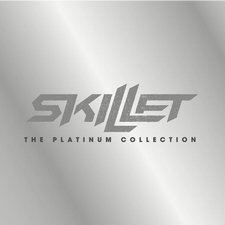 
Skillet's Awake, although it overall was not a very strong album, was awarded as one of the top rock albums. "Monster" sparked an interest in the mainstream market and they have been popular ever since. Three years later, Ardent Records released The Platinum Collection, which, sadly, doesn't really seem worthy of being called a 'platinum collection.'

People who listen to albums while watching which track is playing would know this right away. Everyone would know by the third track of the first disc, "Don't Wake Me," that something is up. The first disc is literally the full album, Awake. This would be rather dissapointing for most (including me), because I bet every Skillet fan would have heard Awake already.

The second disc does the same thing. It is the album Comatose, it its entirety. However, unlike the case with Awake, Comatose seems like a good addition to a three-disc collection. It would be very intresting to see the order of a new collection including all the best songs, but being an album that is good all-around, it's arguably acceptable here.

If it wasn't for the third disc, this collection would be almost useless. The third disc, titled "Old Favorites," is a great combination of every album before 2006's Comatose. It is surprisingly smooth in transitioning because the top songs of every album in order of release are there. Starting with "Gasoline" and ending with "Collide," you would think it was great until you figured out the system. Overall, it is a lazily put together collection, but for newcomers, this is an easy way to listen to some of the best Skillet had to offer from 1996 to 2009.