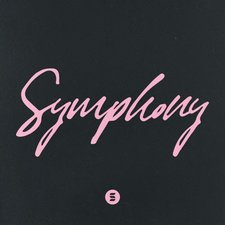 
Momentum in the music industry is a funny thing. Sometimes you have all the right ingredients and it just doesnt pan out. Maybe another song or band overshadows your release day, or perhaps it just doesnt strike listeners the way that the artist hoped. In some cases though, the right song comes along at just the right time and it's a runaway success. Such would be the case for Switch, Billboards number one new Christian artist of 2019, and their smash song, "Symphony." For those unfamiliar, the pop group is made up of two male and two female vocalists, and formed out of the multi-site mega Life.Church based in Oklahoma. In February of 2019, the band launched their first EP of six songs, titled Symphony, containing the aforementioned song that continued to race up the charts like a heat-seeking-missile. Ultimately, the group ended the year on a high note after holding the top spot for a whopping thirteen consecutive weeks and having the fourth most played song on Christian radio of the year.

Riding the heat from 2019, the group wisely decided to round out the previously released EP with four new songs just over one calendar year later. The question then begs to be asked: Do the new songs stand up to the strong radio pop of the EP, or even surpass them in any way? For the most part, the four new additions are equal to the task of matching their predecessors, but nothing approaches the heights of their defining hit. "Wild" becomes the new opener and the synthesizer-soaked pop tune sets the tone well for the UB40-influenced "Jump" and second radio single, "Count Me In," to follow. Though Count Me In is a good song, it feels a little too calculated in an attempt to recapture the lightning in a bottle of Symphony. In the end, its a reasonable try, but it falls just short of the mark. The last new tune, "Overflow," is the best of the new songs, and its placement just after "Symphony" is another wise move, as it pushes the BPMs back up to dancefloor territory. Other highlights of the album previously a part of the EP are the finger-snapped Close and the guitar-led Lifeline.

While Switch isnt breaking any new ground, they do what they do well. Its catchy, its encouraging, and its radio-ready EDM/Pop for those who just want to bop in the car, or dance like nobody is watching. One last thing of note is the fact that the group can trade off girl and guy lead vocals well helps add diversity to the songs, keeping things from sounding too much the same. Perhaps the biggest compliment of the album though, is that several songs could easily slide into a mainstream playlist for its teenage/young adult target audience without anyone batting an eye. Theres a lot to like moving forward, and this is likely not the last we have heard from Switch. Symphony is a great one to check out if you are a fan of current trends in mainstream pop music, or like the music of Hillsong Young & Free, Hollyn, Matthew Parker, and Tauren Wells.