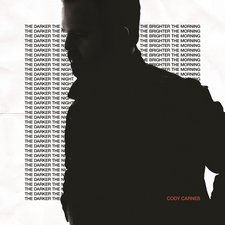 Cody Carnes
The Darker The Night / The Brighter The Morning


Familiarity with Cody Carnes prior to the release of his debut album, The Darker The Night / The Brighter The Morning, likely comes from one of three things: his worship song "All He Says I Am," the Newsboys single "The Cross Has The Final Word" which Carnes penned, or his marriage to singer Kari Jobe. All three would give you fair reason to expect a worship album, but Carnes made a pop album instead. While some songs could translate to the worship setting, most of it is tailored for radio, featuring competition for the most beautiful vocals and most attractive productions of the year. It's unfortunate, then, that all the effort, good intentions, and gorgeous sounds of this collection are dressing up poorly written songs.

The problems with Carnes' songwriting are most evident on his studio version of "The Cross Has The Final Word." It begins with a repetitive march of choruses, lasting two minutes, followed by a short verse that leads back into the chorus. In those first two minutes, you'll hear the title lyric twelve times, and by the end of the song, you'll hear it eighteen times. That lyric is a novel concept, sure, but it's no hymn, and it doesn't constitute letting half the song be made up of six words. Interestingly, the Newsboys version restructured the song into a verse-chorus-bridge-chorus format that works far better. Carnes plays with the normal formulas, without the tact to pull it off. Similarly, opening track "Resurrection Blood" has great verses and a great chorus, but they don't fit together. The transitions are so disjointed, it sounds like a thirty-second song sample ends and a different song sample begins.

Sadly, Carnes repeatedly proves he doesn't understand how to write compelling songs. Dynamics are all over the place, build-ups go nowhere, rhythm and rhyme schemes are awkward, and many transitions are forced. The end results are either boring ("Hold It All," "Wait Here") or perplexing ("Resurrection Blood"). Toward the front of the album, Carnes presents his most successful recordings, "What Freedom Feels Like" and the first of two duets with Jobe, "Til the End of Time." "Freedom" gels due to its simplicity; Carnes buys into the modern pop template with enjoyably passable results. "Til the End" is nearly triumphant, showing the beauty when a good song marries unique production. Jobe's and Carnes' voices pair seamlessly, and the hook utilizes vocoders and spacious reverb to wonderful effect, creating a booming echo of the word "time" that altogether, notwithstanding the baffling use of white noise, comes close to the leagues of the recent Daft Punk-produced singles for The Weeknd, "Starboy" and "I Feel It Coming."

The second duet is "Rooms," featuring lyrics that originated as a spontaneous phrase that Carnes sang during a time of extended worship: "I'm after the rooms of your heart." That chorus is catchy and memorable, and I often find myself singing it. But I find myself shocked how the song, in describing our quest to know God more, uses language more common for describing God's pursuit of man (particularly in the bridge: "I'll never stop chasing you / I won't relent in my pursuit"). Carnes' lyrics consistently sound more interested in cleverness than theology. In "Full of Faith," he sings, "You never fail to be faithful / I'm full of faith," which reeks of a song being based on a play on words. The idea is good, that our faith in God can be strong because God has proven His faithfulness time and again, but the presentation is poor. The pre-choruses reference mountains being moved, which, according to Matthew 17:20, can be accomplished with the faith of a mustard seed. The bridge states, "I sing because I'm full of faith," which might be hard for people to hear who are wanting to sing even though, or precisely because, their faith is weak.

I hate to be so harsh. Some tracks, like "Through & Through" and "Banner," are really close to being great. One good producer or cowriter could've drawn out the potential. As is, though, The Darker The Night / The Brighter The Morning has few good songs and no great ones. In the album's conception, it's odd that Carnes would avoid what he's best at: Spirit-led congregational worship. Experience with spontaneous worship doesn't necessarily translate to good songs, though, and Carnes suggests here that songwriting might not be the right gig for him.