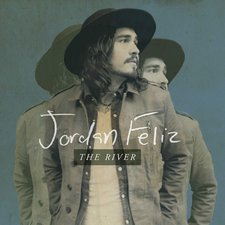 
California native Jordan Feliz began his musical career leading the hard rock band, A Current Affair, but has since embraced an entirely new musical direction following their dismantle. His debut EP, Beloved, offered an intriguing batch of R&B inspired tracks that possessed a daring creativity that begged to be placed outside of the box. Feliz's full-length debut, The River, is a natural continuation of everything that made its predecessor stand out.

The album begins with "Carry Your Troubles," a bare-bones intro that segues into the title track. "The River" is a hopelessly catchy song about washing ourselves of the burdens that hold us down in the life-giving river of the Spirit. The track is musically complemented by an R&B groove and a stomping chorus that is near impossible to not get caught up in. This is followed by two celebratory numbers that don't quite reach the excellence of the opener. "Never Too Far Gone," the album's lead single, and "Best of Me," although infectious, are held down by their generic instrumentation.

Track five, "Beloved," is an emotionally gripping ballad written for Feliz's daughter. It's a reminder that, even if rejected by the world, we are always loved in God's eyes. "You are beloved....forget the lies you heard /rise above the hurt / and listen to these words."

"Live It Out" and "How Long" are exceptional highlights offered by the record's second half. The former is an endlessly enjoyable dance number about spreading the joy of the Gospel while the latter tackles questions about God's faithfulness and our endurance in living righteously. "There are days when I feel like runnin' / Already down, but the hits keep comin' / I reach out; will you reach back at me?..../ How long? / Will You stand with me forever, through a distance we can't measure?"

The record closes in a subdued and worshipful manner with "Satisfied." Led only by a piano and strings, it's a beautiful way to finish off quite a remarkable debut.

There are a lot of good things to say about The River. It's a creative and fresh offering that's hindered only by a few moments of safe instrumentation and cliched lyrics. These setbacks, however, are easily forgiven in the context of making a solid first impression. Jordan Feliz is definitely an artist to keep an eye on if he keeps making music of this caliber.