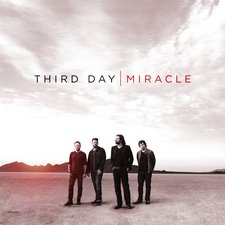 When Mac Powell and his friends in Third Day first appeared on the scene in the mid-'90s, they weren't the first, or even the only, southern rock outfit in the Christian music arena. But they quickly became the most popular, and it isn't hard to see why. Fueled by gusty fret work, a down-to-earth lyrical approach and Alabama native Powell's impassioned, drawling vocals, the self-titled 1996 debut fired a resounding shot over the bow of an industry dominated by the great balladeers like Michael W. Smith and 4Him and masses of introspective acoustic-based acts all scrambling to be the next Jars of Clay.

After following the freshman outing with the even harder-edged Conspiracy No. 5 and their country-rock masterwork, Time, the former five-piece outfit eventually began leavening their compositions with softer, more adult contemporary-leaning elements - an approach that eventually reached its apex a decade later with the release of 2005's Wherever You Are. Perhaps sensing the restlessness of their earliest fans, Powell & Co. have subsequently made a gradual, albeit not complete, return to their initial, more spirited, music-making methods.

Like Revelation and Move before it, their new record Miracle serves up its faster and slower material in roughly equal measures. With its gripping melody, soaring guitars and enthusiastic delivery, the aptly-titled opener, "Hit Me Like a Bomb," rocks like the proverbial hurricane. The slightly bluesy "The Victory," which is woven from the same piece of cloth as "She Sings in Riddles" from the band's superb 1999 Southern Tracks EP, is likewise invigorating. On the other side of the coin, "You Are My Everything" and the equally well-crafted "Take Me Back" are buoyed by the sturdy mid-tempo lite rock that has come to define the better part of the group's radio presence since the turn of the new millennium.

As impressive as those cuts are, a good portion of that which remains shines far less brightly. "Your Love Is Like a River" is musically pleasant enough, but its lyrical variations on a central theme ("Your love is like a river/ Your love is like a fire/ Your love is like a rock") eventually become a bit repetitive, leaving it a pale cousin to the similarly-constructed "You Are So Good to Me" from the Offerings II project. Elsewhere, the faithful rendition of the classic hymn, "Morning Has Broken," is delivered ably enough but winds up being neither memorable nor unique. And "I Need a Miracle" is saddled with an overly cloying sentiment and paint-by-numbers spirituality that render it one of the quartet's least resonant compositions.

Interestingly enough, the foursome achieves the most triumphant results when it trades its characteristic hard-rocking and ballad-loving tendencies and navigates the classic pop-loving middle ground between the two genres. Powell ventures out fearlessly with his first (and ultimately successful) try at falsetto vocals on "For the Rest of My Life." Not to be outdone, his bandmates complement this well-played risk by adorning the song with luminous '60s sunshine pop and psychedelia flourishes. The delightfully plucky wording, lilting demeanor and supreme tunefulness of "Kicking and Screaming" dovetail seamlessly to create a bona fide power pop gem. And any superlatives tossed at the sparkling, best-of-album "Forever Yours" ultimately fall short of conveying the shimmering track's true power, poignancy and grace.

Unfortunately, truly transcendent moments like these turn out to be the exception rather than the rule on Miracle. That said, the group is blessed with a time-honed professionalism that largely compensates for all but the very weakest entries, such as "I Need A Miracle." Likewise, even though the latest undertaking isn't nearly on par with any of the first three records - or even latter-day triumphs like Offerings or Wire - it still comes across as a largely solid, and ultimately enjoyable, effort from a skilled and beloved musical collective that, thankfully, shows little signs of slowing down any time soon.

When you've been a band for 20 years and always want to push yourselves creatively without alienating your fan base, it seems only natural to change things up a bit by your eleventh studio album. Third Day has done just that by pairing with mainstream producer Brendan O'Brien (The Killers, The Fray, Anberlin, Train, Incubus) for their new album, Miracle. The album puts the prominent southern rock sound from the past two albums on the back burner, adopting more of a straightforward light rock sound this time around. Stylistically, Miracle falls somewhere between Wire and Wherever You Are, for better or worse, offering an interesting mix of slow and upbeat pop rock. Highlights include the openers, "Hit Me Like A Bomb" and the catchy acoustic rock of "Kicking & Screaming;" the schizophrenic drum-driven "The Victory;" the deliciously quirky "For The Rest Of My Life" and the classic Third Day sound of "Time's Running Out On Me." Sadly, the true-story inspired single "I Need A Miracle" feels quite out of place among these songs, notably resembling the obligatory AC single on the album, but its execution still stands out from most of its contemporaries on the airwaves today. While Miracle will probably satisfy diehard fans, and it does get better with each consecutive listen, it certainly isn't the band's best, and probably won't be seen as such by even the most passionate of Third Day followers. Still, Miracle is a good pop rock album from a seasoned band that, thankfully, is still alive and kicking. - John DiBiase, 10/28/12