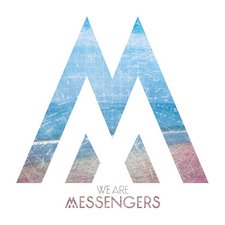 Ireland native Darren Mulligan, better known as We Are Messengers, has been making music for many years, but has just released his self-titled album through Word Entertainment. The soft pop album explores many different aspects of praising God and leaving the past behind.

The record opens with "Everything Comes Alive," proclaiming that God is always there no matter the circumstances. The lyrics are a little on the repetitive side, but the music is extremely catchy, and the song is sure to be a hit. Several other cuts on the album boldly proclaim that God deserves to be praised throughout every situation in life. On "Magnify," Mulligan proclaims that he will never worship any other name, and on "I Look Up," he admits that God is so much bigger than he could ever hope to be and realizes that "love is a man hanging on a tree." His passion for showing God to the world is clear throughout these songs.

Opening with a soft piano tune and catchy drumbeat, "Shadows" reveals that Mulligan cannot be satisfied by the world and will not settle for an imitation of love. The honesty of lyrics like "I don't want to chase the shadows, I want the real thing, not just the feeling" are genuine, and the emotion in Mulligan's voice is sincere. The song "I'm On Fire" is a basic arena worship song. While there is nothing particularly new or deep about the track, it is catchy, and will probably become a new favorite among worship leaders.

The highlight of the album is the final track, "I Don't Have All The Answers." A haunting piano melody plays in the background, while Mulligan sings candidly about the fact that it is okay to be broken in life and that it is okay to not know exactly why something horrible has happened as long as you never give up hope. The meaning behind each word is very deep, and the emotion portrayed through both the music and Mulligan's voice are powerful.

Throughout this debut album, most of the songs revolve around praising God. The messages found throughout these tracks are wonderful, but it is where Mulligan branches into deeper messages that the record truly shines. We Are Messengers has shown a lot of potential for future music with this noteworthy freshman effort.