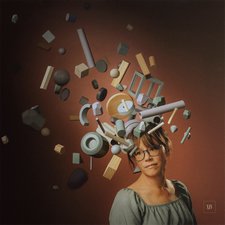 Sara Groves
What Makes It Through


Artist Sara Groves needs no introduction to most Christian music listeners of the past twenty years. Since her label debut, Conversations, in 2001, she has routinely rewarded the patient listener with her deft ability to turn a phrase supported by understated musical flourishes of the piano variety. These albums are full of top-notch songs, and her newest only adds to that legacy. Her most recent album, What Makes It Through, is another consistently great album. The focus this time around is primarily on the horizontal human relationships, and with it, Groves continues to shine as one of the best in the genre.

Across eight brand new songs and one reimagined one, Groves explores how humans are "imperfect witnesses to our own lives." One of her inspirations for this theme was a favorite book, "The Buried Giant" by Kazou Ishiguro. Although this opinion is far from settled (these types of albums take time to digest), the first several listens reveal a strong opening trio of songs rising to the top of the tracklist.

Introspective and melancholy (though ultimately hopeful) opener "Soul of Things" is a curious choice to begin an album, but as the record unfolds, it begins to make more sense. This set of songs is Groves looking inward to her own heart and to those closest to her relationally. "Cheshire Cat" spins the album toward a more playful tone, as Sara balances out a weariness with life, politics, etc. with lyrical imagery drawing from the whimsy found in Alice in Wonderland. The third track, "Deal Breaker," similarly finds Groves cordially, though soberly, singing these earnest lines about a troubled earthly relationship, "I always thought with you and me/Though it's not on paper/There would never be/A deal-breaker. A beautiful piano and her inviting voice evoke a longing as I listen to her sing of regret and hope.

Another standout is "Remains of the Day," which finds Groves trying to process the seeming fall from grace of a religious figure/Pastor. Additionally, both "Telltale Heart" and "Nothing" are highlight tunes, the former for the darker musical edge she rarely explores, and the latter for heart-rending lyrics like, "Sometimes it's not about you/What is and what is not your style/Would you fight your demons/For me once in a while/I say I am fine/And that's true most of the time.

Overall, after the first pass or two at What Makes It Through, even this reviewer didn't hear much beyond the first three songs perk my ears. Musically, it's perhaps the most understated of her catalog. But in persisting, tuning in two or three more times, and taking a peek at the lyrics, this album, like several of hers preceding it, found its home, slowly working its way into my soul. Give it the time; it is truly worthy of it. All in all, like a moth to a flame, I'm once again drawn to the warmth of Sara's tone and her consistent ability to craft a mesmerizing tune. What Makes It Through is another masterclass of songwriting from an artist who astoundingly keeps getting better with each release.