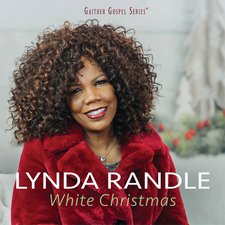 The style here is a jazzy southern gospel sound. The mood is very nostalgic and could easily stack up with classic crooners like Bing Crosby or Frank Sinatra. The individual arrangements of the tracks, however, don't do much to make them stand out from other versions by other artists. There are a couple exceptions in "Do You Hear What I Hear," which gets a Middle Eastern-influenced treatment, and "Have Yourself a Merry Little Christmas," which benefits from a jazzy pick up toward its end. The songs are all well done and pleasant to listen to; in fact, they're all solid covers. But for the songs that have been reimagined a hundred different ways by a hundred different artists, Randle's takes don't necessarily feel unique.

The tracks that do stand out and bump up the album's value are the ones that are less covered or practically unknown. "Sweet Little Jesus Boy" brings a spirituals vibe musically, while its lyrics admit how blind we often are to see Jesus. "The Loneliest Christmas" is for Randle what "Blue Christmas" was for Elvis and--dare I say it--Randle may have the better song. The album closer, "Thank You Baby Jesus," is the closest the album comes to standard CCM radio fare, but ends things on a fitting note of gratitude.

Anyone can argue whether or not the market should keep facing the onslaught of Christmas albums that are all pretty much singing the same songs. It does seem somewhat unnecessary, and maybe even a little pointless. Still, there must be some reason people keep returning to draw from this well year after year. Lynda Randle's take on White Christmas doesn't break any new ground and could easily get lost among the masses. That would be a shame, however, as it's, nevertheless, a good Christmas record worthy of being played in the background while the family decorates the tree. It's early for holiday music now, but when the time comes, remember Lynda Randle and let her voice put you in the Christmas spirit.