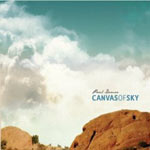 Good quality Christian contemporary music is hard to come by, but Texas singer-songwriter Paul Demer is looking to bring something refreshing to listeners with his latest release, Canvas of Sky. The album begins with the somewhat folky "Bound for Home." His sound is slightly reminiscent of early Plankeye and Smalltown Poets. The lyrics are straightforward biblical principles and motivational to the core. This can really be heard on the songs "Soaring" and "Neutrion." For those seeking something different, "The Window" features some beautiful and complex instrumentation. However, "Maybe All is Not Lost" is the frontrunner for the standout track of the album as it features a beautiful duet and a sweet and soft musical arrangement. Concluding the album is the slightly anthemic "Run." Surprisingly, for a very heartening album, it feels like it ends with a downer; lyrically, it actually is very encouraging, but the minor-key sound lends itself to a more melancholic feeling. Demer's project is a great effort and is a wonderful introduction to his music. The main issue with the album is that it feels like one continuous song; while that may be negative to some listeners, others may really enjoy this. That being said, it's a decent album worth a good listen. Paul Demer is someone that we'll probably hear from again and we should expect something very good. - Review date: 6/15/14, written by Ryan Barbee of Jesusfreakhideout.com 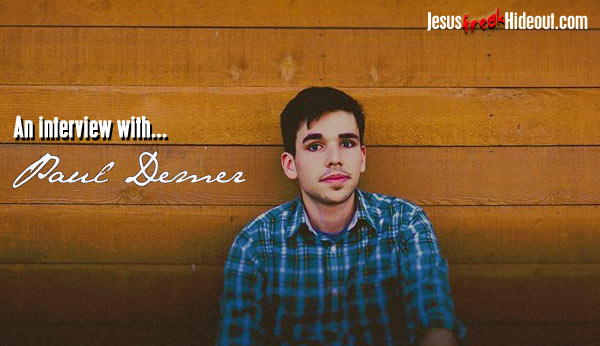 Paul Demer: "The heavens declare the glory of God; the skies proclaim the works of his hands. Day after day they pour forth speech; night after night they display knowledge. There is no speech or language where their voice is not heard." - Psalm 19: 1-3

The sky is God's canvas, and day after day we glimpse its self-evident beauty. The textures and tones are different every morning, but night after night we sleep under the same firmament. It is both fantastically immense and comfortingly constant.

This album deals with surrender. Like the sky, my heart is also a canvas and I'm daily learning to let go and let the Artist paint into God's intended future. The story begins and ends somewhere between fleeting self-reliance and the vast and brilliant sky. I certainly don't have it all figured out, but songwriting is a good place to begin imagining what it could look like if I truly gave my worries, regrets, (and hopes) to God.

Paul: Ever since I was a little kid, I've been drawn to music. My parents are both professional orchestral string players and I grew up with music around the house. In elementary school, I remember playing a woodblock for one of my parents' string quartets. I guess that was the start of it I played violin all the way through high school and then started branching out into other instruments. I've been writing songs for about 7 years and absolutely love it.

Paul: My favorite songs hit me with a sting of joy. I'm currently reading C.S. Lewis's "Surprised by Joy" in which he views joy as an "unsatisfied desire, which is itself more desirable than any other satisfaction." For me, the best songs embody that unsatisfied desire - a longing for and hoping for something not yet attained. The songs are not satisfying in themselves but only in that they point towards something greater, older, truer. My hope is that my music could do the same for others.

Paul: Honestly, all the songs were pretty challenging. This is my first record where I've played almost all the instruments and the learning curve for drums and bass was pretty tough. That being said, it was an incredibly exciting process.

"Run" was probably the most challenging to write. The ending of a record is so important and I worked on the last minute of that song quite a bit. It was originally going to be much longer, with vocals and a big instrumental build. However, I ended up siding with subtlety and am glad that I did. The ambient guitar solo says more than my voice could have.

Paul: I wrote that one on Easter of 2013. There is so much wrong with this world and that Easter just didn't feel like a resurrection day. In one sense, the song is an attempt to make sense of the pain and brokenness we see on the news and in our own hearts. However, it's also a song about hope. I think that songwriting is a good vehicle for not only describing what is, but also writing into what could be. "Maybe All is Not Lost" is both a reflection on what inevitably is and a hope for what is to come.

My current favorite record is the self-titled debut from Dear Saint Isaac.

Paul: I think I would be one of the monkeys from the "Barrel of Monkeys" game. Did they ever put those in cereal boxes? I'll get back to you on the "why" Thanks for the insightful questions, Ryan!