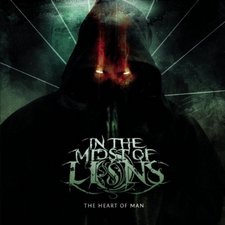 The Heart of Man
by In the Midst of Lions

Heed these words for what is next to be revealed to you, in preparation for His coming wrath.
Do not be disposed to amplify the blasphemies of the beast.
For the day is near when this world will cease to exist.
Do not ignore these warnings as they have been for so long.

Out of fear these signs have been overlooked.
My God, open our eyes to see what has been hidden.

The end is upon us! For His fury has been unleashed into this Earth.
Evil will attempt to shield itself from His omniscience, not attaining.
Raining down with fire from the skies and seas of blood, His wrath is being revealed.
Weve been warned, but pushed aside these words as if mere fiction.