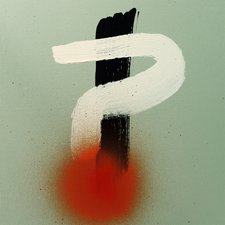 i was just thinking about lightning storms

like the one that knocked the power out until dawn

the phone died and your eyes lit up laughing

darlin, its been too long

i dont need nobody right here right now but you

watching strangers living tv lives instead of living our own

been a minute since your eyes lit up laughing

maybe we could right that wrong

maybe we could just power down just you and me

maybe we could make our own

maybe we could make our own electricity

electricity: story behind the song - by Jon Foreman

This album was not made to fit into any form of where music is at today. It doesn’t lean into any features or playlist trends. It is an attempt to be ourselves. To make the album we and we alone could have made. So even though most of the modern musical world is centered around singles, we still spend enormous amounts of time fighting for the sequence of an album.

With that in mind, the last track on the record plays a crucial role for the listener. Musically, Electricity’s diversity helps to tie up the loose ends of the album, diving into textures from the 60’s till now. And lyrically, I love that the song embraces time spent with “the other.” Come on, hang up and hang out.

If we’ve learned anything from the previous song on the record, there’s no way back to simpler times. Cell phones are here to stay. But there’s an electricity and a connection that no technological advance can replace: presence. Human touch. Eye contact. Conversation. Laughter.

Our hope is that after this song, the record stops, and you enter into a candid conversation with this other. What happens next? Maybe laughter? Maybe tears? Who knows‽

The beauty of embracing the other as they are is the unknown of what comes next. It’s a surrender. It’s a journey. It’s an embrace.